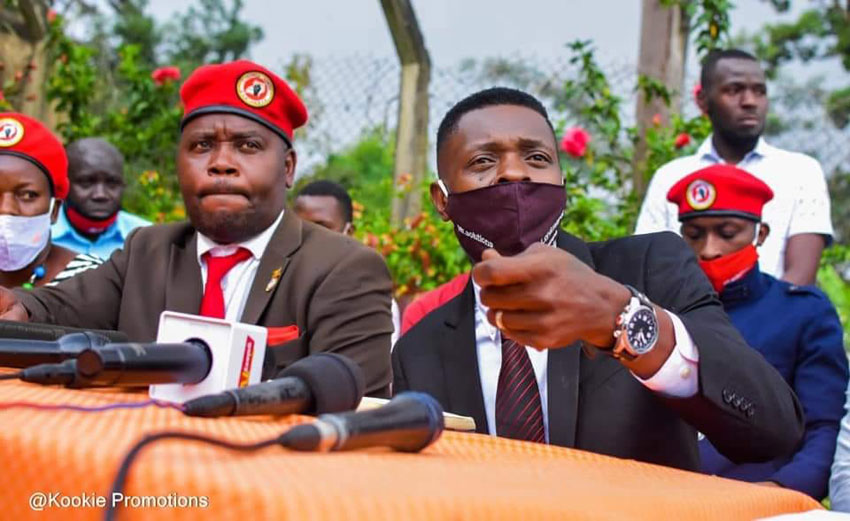 Kamwokya indifferently broke the heart of Bobi Wine’s political ally – Chameleone last week when they announced Ssebagala and not the legendary musician that would carry NUP’s blessings heading into the crucial electoral period in a desperate bid to unseat a well grounded FDC’s new signing – Erias Ssalongo Lukwago from City Hall.

Even when the decision from the Walukamba Electoral Commission was laboriouly explained by the leadership at Kamwokya to give credence to Mayanja’s rejection, Chameleone , his supporters and the public still seemed to be left wanting.

The arguement that Mayanja only made sense on ground with his stage name ‘Chameleone’ has been variously trashed by the public in reminiscence of Kyagulanyi’s state some time before he became a Member of Parliament.

Ssebagala’s slippery choices between Kawempe and Kampala Mayorship had made him an unreliable choice which would have called for deep scrutiny from the technocrats at Kamwokya before an ill researched endorsement that would cost them a political eternity.

Indeed, two days after the painful decision, Chameleone while recuperating from the trauma he found himself being begged for mercy from the family he so believed had betrayed his trust.

In a secret meeting convened between the Chameleone and Bobi Wine’s emmisory on Tuesday 22, the singer was asked to burry his fury to repossess what was originally his to which he asked for sometime to think before giving a conclusive answer.

While appearing for a morning political talk show on BBS TV on Wednesday, NUP’s chief publicist Joel Ssenyonyi said the party would soon issue a statement on the way forward, which seemed to suggest that indeed Kamwokya was anxiously waiting for an answer from Mr Mayanja.

A source close to Mr Mayanja however intimated to this website that the singer rejected the offer, chosing to challenge for the seat on an independent ticket rather than ” keeping in the wings of an ungrateful group.”