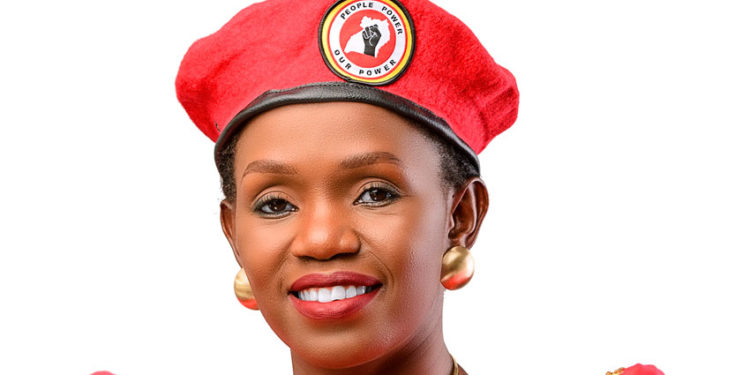 Reportedly, she is complaining that her husband first banned her from entering her home with NUP posters; and that, eventually, their disagreements have left her with no access to family finances and a car to use to facilitate her campaigns.

Honestly, I don’t think that it is unreasonable of her husband to ban campaign posters from their home; nor is it unreasonable for a spouse to insist that family finances and assets may not be used for political campaigns.

However, it should not be one-sided that it is only men who get to ban campaign paraphernalia from family homes, nor to bar usage of family resources for political election campaigns. It should be the case both ways – a wife banning and or barring a husband and a husband banning or barring a wife.

Most importantly, though, I think that it is best that any decision to join overt partisan political activity must be preceded with genuine and robust family negotiations. If the negotiations fail miserably and the couple and or their children have irreconcilable differences, then you might as well divorce right away, for it won’t get better, whether the aspirant wins or loses.

Many at times, I have watched and listened scandalized at how it has been normalized for us to go against the age old wisdom of our ancestors on the importance of nurturing and preserving the most important unit in our society, the family unit. Wisdom, such as:

“We are a family, and we will not have differences of opinion before strangers.”

And we go against the wisdom of our ancestors simply for the benefit of seeming ‘politically civilized’; and in Ugandans’ context it means “be like the global-west.”

Things have indeed changed. Growing up as a child and in fact up to today, I honestly cannot tell you with certainty, which political party nor politician my father has supported and voted for. My father and his peers, are perhaps the last that Uganda will ever have of true civil servants.

Ideally, members of the civil service keep government running, serving under which ever political administration and for whatever duration, until another one comes in. This aspect is the least talked about, if at all, when Ugandans lament about the state of governance in our country today.

Interestingly, it is reported that Namaganda’s husband is a civil servant and he claims that it is for that reason he banned political paraphernalia from their home and barred her from using family resources for her campaign. It is feasible that this is true and a valid reason, but, me thinks, not in the same context as my father.

This is because Uganda’s civil service is so polarized now that seemingly and increasingly it is not necessarily the best technocrat that is hired for the job, but likely he or she who is a political cadre, who does not question, but does as they are told to do in the interest of the ruling party.

I often wonder, how it is Ugandans expect there to be free and fair elections and accountable leadership, when each and every one of our post-independence presidents have contributed to downgrading and to destroying our civil service; some worse than others, of course.