Some opposition members are my spies- Museveni reveals

by Mubiru Ivan
in News, Politics
63 1 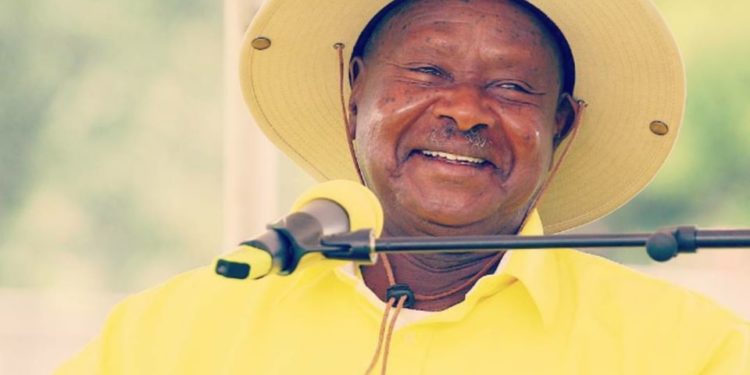 President Yoweri Museveni has finally admitted that he has agents in the opposition.

The President says he planted moles in the opposition to understand his rivals plans.

“Yes, we have our agents in the opposition who get us information but I have to deploy them. Now, when I see [NRM people] there [in the opposition] without my instructions, I wonder who has sent them or what has taken them there,” Museveni said as he addressed a meeting of NRM politicians at Kakyeeka stadium in Mbarara following last week’s chaotic party primaries.

He however, warned NRM politicians against having individual arrangements with the opposition.

Museveni was prompted to speak about his moles in the opposition after a security report tagged the violence in the NRM polls to some opposition activists.

Among the opposition activists that were involved in the NRM primaries is a one Brian Ampeire aka Unstoppable that Museveni linked to a group led by Kampala deputy Lord Mayor, Doreen Nyanjura “that is known for causing chaos in Kampala.”

Ampeire, Museveni said, got involved in the Isingiro fracas as an agent of Dr. Ponsiano Mugyenyi who competed against Brig. Bright Rwamirama, the state minister for Animal Husbandry, for the NRM flag in Isingiro County.

“Security operatives saw him [Ampeire] here… What would the opposition be doing here [in an NRM process]? You make contacts with the opposition? As who? Are you involved with them as a spy or…” Museveni wondered.

“Unstoppable [Ampeire] —Mugyenyi’s agent— is among those who took a dead pig to Parliament,” he added.

Museveni also accused the outgoing Isingiro district chairman, Jeremiah Kamurari, of being among the NRM politicians who took opposition activists to the district.

“Kamurari has a person he works with called Benjamin Kato Mukiibi, he comes from Rwangabo…he [Benjamin] is a member of Kyagulanyi’s NUP [National Unity Platform] – People’s Power…” Museveni said.

“He is the one who brought Foot and Mouth disease to Isingiro… I was going to imprison him for messing up the economy by bringing the disease from Tanzania… He [Kamurari] is always doing things that have no meaning,” Museveni said.

LIST: The best 100 footballers in the world in 2020, according to FIFA

Museveni: Why I planted moles in opposition

Museveni: Why I planted moles in opposition