by Mubiru Ivan
in News, Politics
23 2 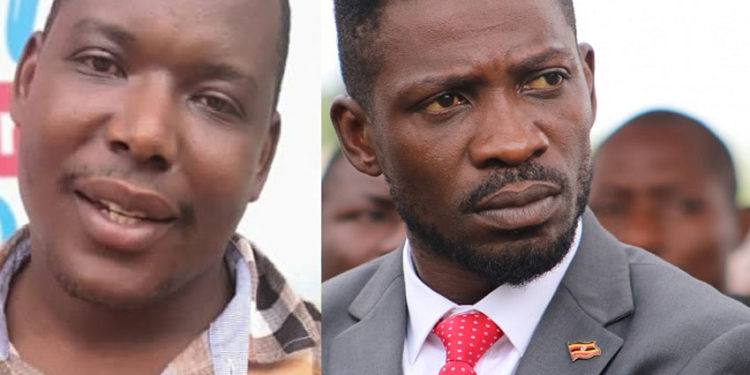 Events promoter Andrew Mukasa alias Bajjo has told off his former friend Bobi Wine that he is so disorganized to become Uganda’s President.

In a Facebook post Bajjo, a former member of National Unity Platform (NUP) said Bobi Wine- real name Robert Kyagulanyi can only be president if Kamwokya, a city suburb becomes a country. Kamwokya is where NUP/People Power headquarters are situated.

Bajjo’s comment follows Bobi Wine’s Thursday tweet where he cried to God to help him deal with his bad friends who have made it a tendency to betray him. He said he could handle his enemies but it was so difficult for him to deal with his friends.

“God save me from my friends, I can handle my enemies!” the presidential hopeful tweeted.

Some of Bobi Wine’s former colleagues who have since betrayed him and joined NRM include Jennifer Full Figure, social media blogger Ashburg Katto, Basajjamivule, Bosmic Otim, Bajjo among others.

However, in response to Bobi Wine’s request to God, Bajjo said the Almighty knows very well that they have no problem with the former and that they will never hate him.

Bajjo also said that they abandoned him after realising that he will never be president of Uganda due to his disorganisation.

“God teach my friend how to handle his friends and teach him how to stop being a target worker, user and exploiter. God I believe in u we have no problem with this friend of ours but we are teaching him how to value friends. Show him that the problem is not his friends the problem is his elder brother who take NUP as his side income business, intimidating tool, and soon will be termed as scam,” the events promoter said.

“God show him that we love him internally we will never hate him but he should know there’s life after 2021. God thanks for answering my prayer. We are just saving you from embarrassment coz u so disorganized to become a president let me say you can’t even be a president of Burundi oba linda kamwokya efuuke republic of uganda awo ojja kufuga my friend. Amen.”