by Lawrence Kazooba
in News, Politics
44 2 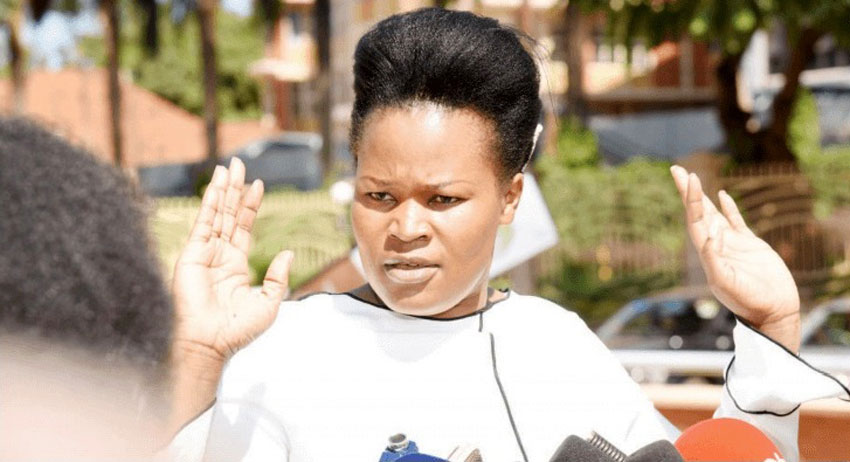 Former minister Idah Nantaba is mannerless. After being invited for public function by a fellow Member of Parliament, she turned against him before his supporters and started accusing him of stealing their land.

The Baale County MP, Mr George Kumama didn’t wait to lament later in his speech or after the event, instead, he moved fast to confront ill-mannered Nantaba, the Woman MP for Kayunga district.

It took police and other guests to restrain a charged Kumama, who sought to teach Nantaba a lesson.

Looking on as the drama unfolded was State Minister for Fisheries, Ms Christine Andoa as well as leaders in Kayunga and Kumama’s supporters.

Kumama wanted to beat Nantaba who branded him a land grabber at a function he invited her to witness the reopening of fishing activities on Lake Kyoga’s Kawongo Landing Site.

When Nantaba got the microphone, she said, according to Daily Monitor Fred Muzaale, “I sympathise with you because of the difficult time you have gone through. I know that many of you have lost your land to land grabbers….

“But it hurts me that many of the land grabbers are seated with you as I speak now. Kumama here surveyed and got land titles in Kisalizi [Forest Reserve), rendering many of you destitute in your country.”

Whereas Nantaba received applause from residents, the words didn’t go down well with Kumama. He vowed to teach populist Nantaba next time he meets her.

Nantaba has been vocal over land grabbing matters, an issue that has visited on her numerous life threatening attacks.

Here are the many times ex-minister Nantaba has survived evil attempts on her life; Who wants her dead?

MP Nantaba distances self from singer Kiwewa’s arrest, says its work of the mafia

Video: See Tourism minister Kiwanda crying like baby before a microphone is taken from him

Zimbabwe: Mugabe dead, what next for ex-first lady Grace?