by Mubiru Ivan
in News, Politics
11 0 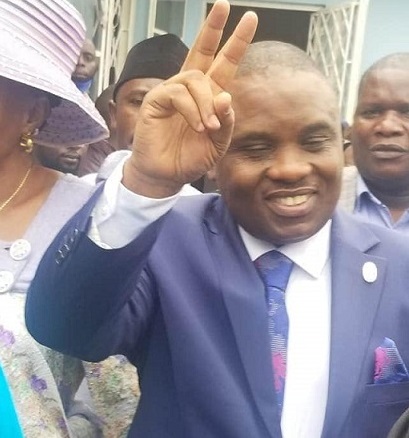 Kampala City Lord Mayor Erias Lukwago has finally put to bed proclamations that Forum for Democratic Change (FDC) was planning to front him as their presidential flag bearer for the 2021 general elections.

This follows Lukwago’s decision to pick nomination forms to run for Kampala Lord Mayorship seat on FDC ticket in the forthcoming elections.

He picked the forms on Thursday from the party headquarters in Najjanankumbi.

Lukwago who is a life member of Democratic Party (DP) was ushered into FDC by its president general Patrick Amuriat Oboi.

“Today many organizations and groups have been infiltrated by the dictator. Here in the FDC, we saw them and told them they didn’t have good intentions for the party.To Erias Lukwago, welcome to this family (FDC). You came to where you belong, welcome to FDC. This is your home, and to my friends of FDC, a high-quality person has joined us,” Amuriat said.

On the issue ot Lukwago becoming the party presidential flag bearer, Amuriat said he couldn’t rule out on the possibility of the former being their candidate in the 2021 general elections.

“I don’t know if you (Erias Lukwago) are going to be the Lord Mayor, the president, time will tell us. As a party, we shall continue to support you in all ways.”

Lukwago arrived at Najjanankumbi, not as a stranger but one legitimatizing his marriage with a girl he has been in Cohabitation.