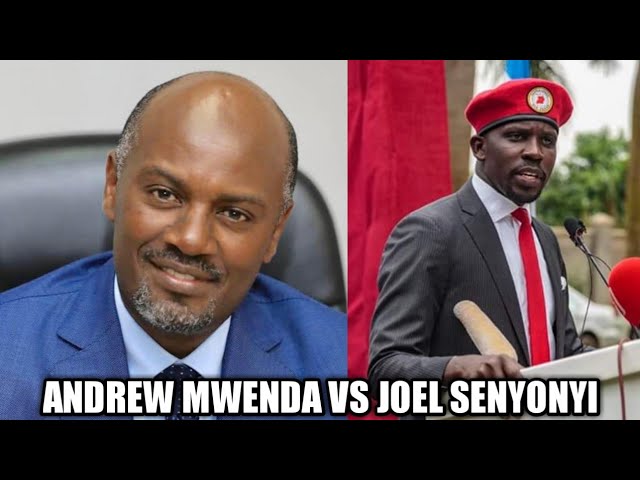 Whoever doubted Bobi Wine’s blue-eyed boy Joel Ssenyonyi’s political intelligence all along will have to take a deep breath and rethink their position.

Moments after pulling a master plan that has left Andrew Mwenda looking like a clown after falling into his own trap he had intended for Bobi Wine as earlier reported by this news website, the youthful National Unity Platform-NUP publicist is at it again.

As the drama over Mwenda’s joining the Kamwokya group rages on, it seems like Ssenyonyi is enjoying embarrassing the senior scribe for fun and he is not about to stop.

Last week, an excited Mwenda, live on camera announced his new party membership at NUP simultaneously with his Party and national Presidential ambitions to the shock of most Ugandans.

No one would have believed that Ssenyonyi was smiling deep inside himself as the outspoken opposition critic – Mwenda felt himself at the top of his game.

Roaring like a lion that has just taken over a new territory, Mwenda instantly announced a challenge against NUP supremo Bobi Wine, confidently asserting how he was certain victory was his in the race to the party Presidency.

With both the party card and the nomination forms in his either hands, Mwenda strongly believed not even the sky was the limit.

To his surprise however, he took forms for village councillors and not those for the Presidency as he had wanted!

That’s maybe not surprising enough. Mwenda only found out from his TV set as he watched in anxiety a press conference at Kamwokya where he expected a detailed program for the NUP presidential elections before he begins to fill his details in the forms he had picked a week earlier.

Beaming with anger, Mwenda called one of the most powerful technocrats at Kamwokya and cursed Ssenyonyi for allegedly  being behind this embarrassed.

He however, vowed to show the former NTV news anchor that he is nothing to him and that the battle is just beginning.

” So Ssenyonyi thinks he can go on embarrassing me for as long as he wants hoping that I will just look on? If he thinks he can frustrate me into submission, he can maybe try harder. It’s just the beginning of the match, ” Mwenda is quoted to have said in fury.

On how long the controversial Museveni apologist will go on enduring the determined Ssenyonyi’s embarrassments for, keep following up for the updates.