by Catherine Apolot
in National, News
16 1 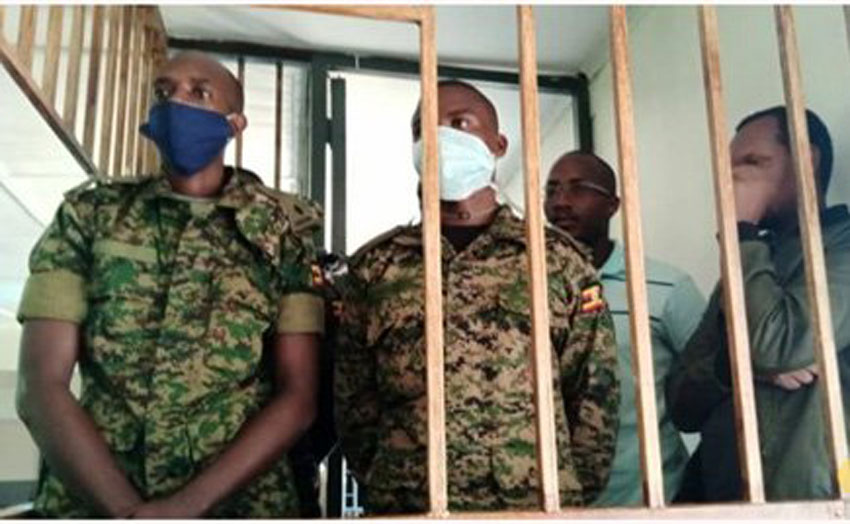 Two senior police officers have been remanded to Makindye Military prison over offences about sharing security information with the Rwandan government.

The suspects; Benon Akandwanaho, a community liaison officer for Kira Police Station, and Frank Sabiiti, a counter-terrorism official attached to Mutukula border post, appeared before the General Court Martial in Makindye on Monday.

They denied the charges and were remanded to military prison. The offences attract up to a death sentence upon conviction.

Lt Gen Andrew Gutti, the court chairman, remanded the suspects until August 31 for mention of their cases, pending completion of investigations.

The accused were arrested by a joint team of military intelligence officers and police about three months ago, and detained at the Special Investigations Division in Kireka.

Prosecution alleges that between February and May in various parts of Kampala, the accused and others still at large shared various security information with agents of the Rwandan government with intent to prejudice Uganda’s security.

The army prosecutor, Lt Col Raphael Mugisha, told court that investigations into the case were still ongoing, and asked for three weeks to complete the inquiries.