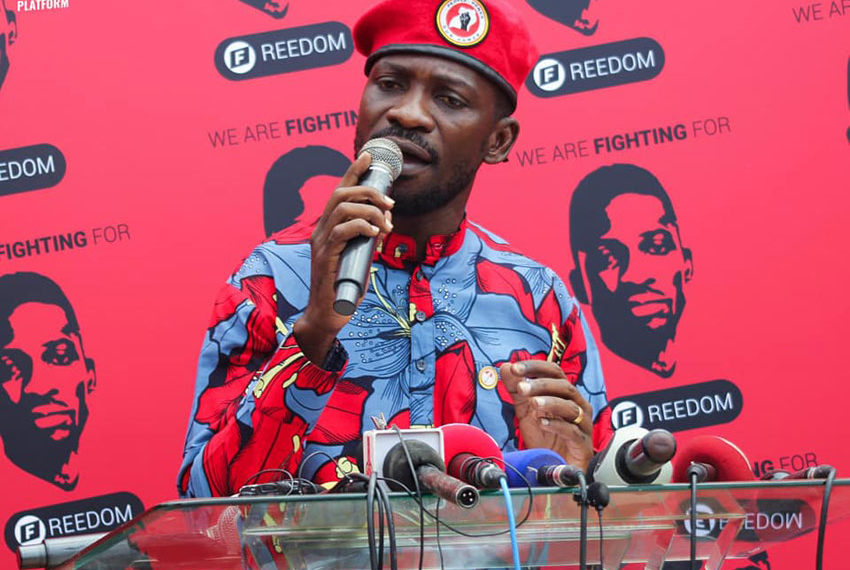 Life after President Yoweri Museveni is a debate that never loses its deserving attention from Ugandans regardless of any existing circumstances.

With elections that could probably see an end to Museveni’s three and a half decade long glorious reign, the question who could lead post-Museveni Uganda is another exciting discussion that has been so hot among change enthusiastic Nationals, with many preferring that Col Dr Kizza Besigye – the perennial name often considered while discussing Museveni’s potential fall from Grace. However, some argue that debutant politician Robert Kyagulanyi Ssentamu, a pop music star, has leapfrogged Besigye as Museveni’s key opponent.

With the Kyadondo MP’s growing political influence over the last two years, lovers and haters alike are tempted to think of what exactly would transpire should the youthful legislator pull a surprising success to eject Museveni, the country’s most successful leader, from State House.

The following discussion attempts to give a probable picture into which changes would be effected by a Bobi Wine-led government away from the current status quo.

Ejection of army from partisan politics

Following what transpired in Parliament during the 2017 age limit Constitutional amendment where members opposed to the amendment were physically molested by the military, and with Bobi wine himself among the victims, it’s a public secret that the military in politics is the last thing that he would wish to see in a government superintended over by himself. Besides mourning the loss of the battle against the amendment, the sight of his most trusted ally Francis Zaake barely struggling to breathe after some heavy punches from former Army Commander General Katumba Wamala, along with occasional threats from other ‘we went to the bush’ generals such as General Elly Tumwine must all have convinced Bobi Wine that a militarised democracy is an evil that doesn’t deserve to see the light of the day any time after the current regime.

There wouldn’t be RDCs

An ardent student of long time opposition Chief Dr Besigye, Bobi Wine has been listening to the former Museveni’s Chief Physician specifically on anti-RDC sentiments. On numerous occasions, Besigye has made it clear that in a bid to cut down administrative costs, RDCs would have been his first victim had he succeeded on one of the four times he has attempted to unseat Museveni. Blamed for entrenching “Musevenism” according to members of opposition, RDCs would most likely have their appointment suspended immediately H.E Bobi is announced President.

Introduce a federal system of governance

A known Mengo loyalist whose other nickname is ‘Omubanda wa Kabaka’, loosely translated as “The King’s right hand fixer”, there is no doubt that he would introduce a federal system of administration as a way of appeasing the Kabaka of Buganda. By so doing, he would consolidate the support of the ethnic Buganda and win over those that could still be remembering his earlier altercation with the king over the Busabala land which Mengo had claimed in 2016, affecting the presidential hopeful’s hitherto good relationship with the Kingdom.

If memory serves us well, the Kyadondo East MP was an active protagonist for the retention of the age valve in the Constitution, going a mile a head to engage in fist fights on the floor of the house until he was finally defeated along with other MPs. Ever since that time, Bobi Wine has openly castigated Museveni for treating the Constitution with disrespect and abrogating it to suit his interests.

Being less than 40 years of age, Bobi Wine wouldn’t feel affected by this particular provision in the Constitution since 75 would be over 35 years ahead.

Even though Bobi Wine knows very well that this move doesn’t benefit him as an individual because his best years are ahead of him (expected to turn only 39 years next year), he would most likely move to root for the return of Constitutional term limits for the sake of acquiring legitimacy which he will be very much desperate for after 35 years of the NRM government. Given the political turbulence Uganda has gone through and Museveni’s goal post shifting, Bobi Wine would want to make a difference. By so doing, he would very well know that he would appear as a defender of constitutionalism and rule of law.

Reduce the size of the Cabinet

So often, Museveni has been ridiculed for having a very big cabinet as compared to some of his counterparts within the Great Lakes Region and the African continent as a whole have. With about 80 ministers draining billions out of the often struggling economy, it wouldn’t give Bobi Wine any troubles cutting it to less than a half.

Domination of power by people from the Central region

As it is now, where Museveni’s government has been accused of promoting the dominance of people from Western Uganda at the expense of other regions, Bobi Wine’s government would most likely meet the same fate. Just like the regime in power attributes the occurrence to the fact that most of the people that were at the forefront of the efforts that defeated the Obote government were westerners, Bobi Wine’s People Power pressure group is dominated by majorly people from within Buganda at the top, until of late when he appointed Mrs Lina Zedriga from West Nile as his deputy. As anybody would expect, his immediate allies who incidentally hail from Buganda would definitely occupy important positions either by design or necessity.

He would form a unitary government

After Museveni’s 35 year long reign, administering the country would unquestionably be a difficult errand for any politician. That’s the reason why Dr Besigye has always advocated for a transition administration to ensure a collective solution by the various stakeholders before the country can get into a shape to hold general elections along party lines. A government with major opposition politicians most notably; Col Dr Kizza Besigye, Mugisha Muntu, Erias Lukwago, Asuman Basalirwa, Winnie Kizza, Nandala Mafaabi alongside more from the current government would prove a headache for Bobi.

Often questioned for his political inexperience raising questions over whether he is indeed ready to hold the country on his shoulders, Bobi Wine’s choice of Mrs Zedriga for his deputy was not a simple choice to make. With a wealthy of exposure serving at both local and international levels and in various capacities, an accomplished public communicator and an experienced legal expert specialising in children and family affairs, Zedriga is an accomplished selfless servant that Bobi Wine desperately needed by his side, or else he would continue being looked at as a Presidential choice for the less fortunate and less enlightened Ugandans.

With this level of exposure and experience, Zedriga would be an invaluable asset to Bobi Wine in handling formal government business, more so on foreign policy as the president himself would concentrate on mass mobilisation for which he is very good.

The picture above however doesn’t mean that Bobi Wine has already done all that he is meant to do if at all he is to dent Museveni’s chances of being elected for a record sixth successive time next year. Although Bobi has with no doubt conquered the Country’s urban electorate, Museveni’s strength has always been in the rural areas where he has often beaten his closest challenger with unimaginable differences in all the previous four occasions. That means that only a comprehensive rural-focused campaign would guarantee success for the Kyadondo East legislator.

PROFILE: Who is Allen Kagina?