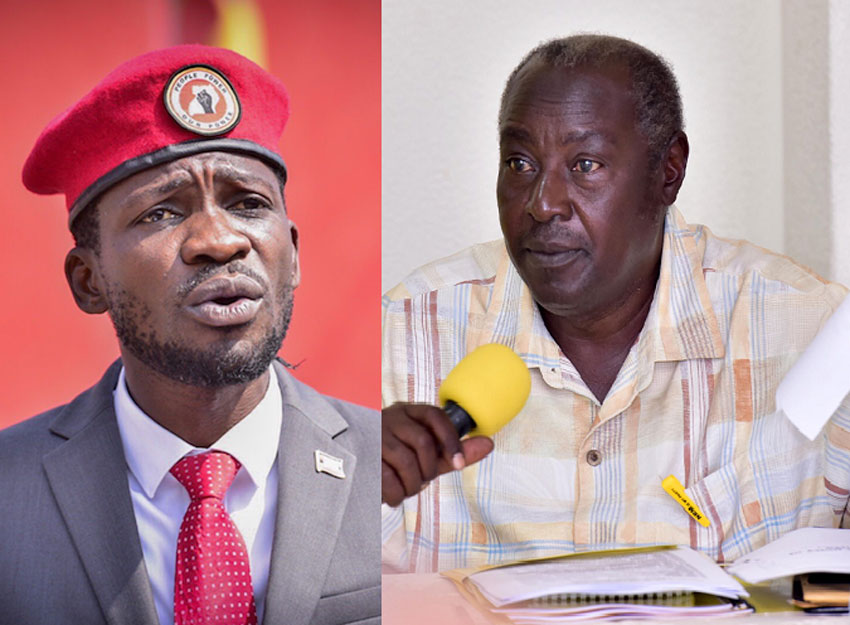 NRM- the country’s most successful political party of all time will be determining their leaders to the Central Executive Committee [CEC] later this month.

Preparations are already in high gear with many enthusiastic party faithfuls up in the mix for positions that could see them become or retain decision making rights on the Party’s most powerful body after the delegates conference.

Unlike in 2015 when both the party Chairman Gen Yoweri Kaguta Museveni and his Deputy Al Haji Moses Kigongo retained their respective positions unchallenged, this time round the later will have to contend with two others before ensuring a place on the highly coveted committee.

The other two in contention with the incumbent Hajji from Butambala include veteran Aviator and also former Kampala Central MP Capt. Francis Babu and 33 year old Keefa Mufumu. The former however seems to be the closest challenger to the incumbent.

As the contest heads into the final days to the referee’s final whistle, majority of the members’ hearts must predictably be inclined towards a Kigongo victory owing to the innumerable benefits his win would bring on table for the party that will be seeking to consolidate it’s 35 year old rule next year.

There have been some reports that party supremo Yoweri Museveni had considered convincing the other two contenders to opt out in favour of a more realistic Moses Kigongo but later dropped the move in favor of letting internal party democracy flourish.

Even though it clearly looks like the veteran bush war historical is headed for another five year term to deputise Mr Museveni who has already been confirmed party chairman unopposed, one factor as to why delegates will have to trust him once again is the threat of Robert Kyagulanyi’s People Power Movement in Buganda.

At a time when regime haters have upped their game of spreading the harmful sectarian propaganda against the government, it’s imperative that a senior Muganda who is highly connected with the social and cultural realities of the land be considered for the office of party Vice Chairman.

The statement above does not mean that Hon Babu is not a Muganda though. Being someone born and raised in Buganda with a kiganda name rightfully qualifies him to be a Muganda though his mixed ancestry may some how prejudice him.

There are however two stern differences between the two party cadres that definitely gives Kigongo an edge over his rival.

Al Haji Kigongo is a highly celebrated cultural Muganda having lived his entire post bush war life serving as the link between Mengo and the central government.

His minimal involvement in direct national politics has also earned him the position of an efficient ombudsman with unmatched capabilities in diffusing tensions and earning friends for his party from former and probable enemies.

Capt Babu has on the other hand been an urban Muganda who, by virtue of the nature of his profession had limited time to freely mingle with the grassroot Baganda until when he became a member of Parliament ten years after the rise of the current government.

Kyagulanyi (Bobi Wine)’s political expedition clearly depicts a future where NRM could be cut off its support base in Buganda.

It therefore means that there is a absolute need for a leader of Kigongo’s billing at the top of the party so as to convince the Buganda population that the struggle before them is not a decision on tribes but rather on good leadership.

Besides, the many years Kigongo has served in the leadership structures of the party have helped him grow into the Party’s chief arbiter, helping in settling internal grievances and midiating talks with regime critics and defection candidates which has resultantly ensured that peace flourishes hence their survival in power for all these years.

In a telephone conversation with Watchdog Uganda, Kigongo called upon all those involved in the internal party electoral exercise – delegates and candidates alike to exercise their rights while remembering that there is life after the elections.

He also urged party members to remain united and prepared for any outcome of the election, adding that the party will badly require solidarity to realise the grand plan of winning next year’s elections.

With his eminent victory if all goes the way things are, not even the sky could be the limit for the ruling NRM party in 2021 and beyond.

How Madhvani's eldest grandson Nitin is threatening lives of his mother, sister to take over multi-billion estate