by Lawrence Kazooba
in News, Politics
91 2 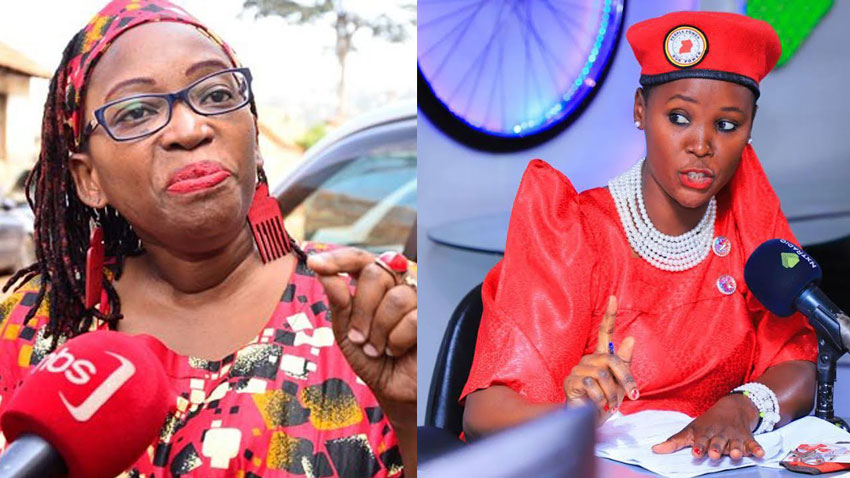 It was an uneventful weekend for Forum for Democratic Change’s Stella Nyanzi. She had gone into a radio talk show on NXT radio hoping to bulldoze her opponents, particularly the youthful lawyer Shamim Malende standing against her for the Kampala woman seat.

Nyanzi, an outspoken activist, loves setting the tone of the debate she’s involved in, but found herself thrown off balance by a confident National Unity Platform candidate, who sought to silence the former Makerere University researcher making cheap attacks on NUP.

In her introductory comments on the show hosted by Canary Mugume, Nyanzi said she subscribed to people power movement but had no kind words for NUP, the brainchild of Robert Kyagulanyi.

“I want to arrest Stella’s fears,” Ms Malende said, pointing out that principals were ironing out contradictions, and therefore Nyanzi had no reason to “panic”.

Nyanzi lost her temper further, demanding for respect from the NUP opponent who had referred to her non ending lamentations as “yupping”. Malende also reminded Nyanzi that she has been disrespectful to other people, insulting them, calling it her right, but when provoked a little, she would not take the heat.

By the end of the show, Malende had managed to patronize Nyanzi in her place, and Malende earned lots of kudos for standing up a bully in Stella Nyanzi.

Nyanzi has of recent received criticism for attacking Bobi Wine’s new party, NUP when she herself subscribes to FDC.