by Stephen Kalema
in News, Politics
25 1 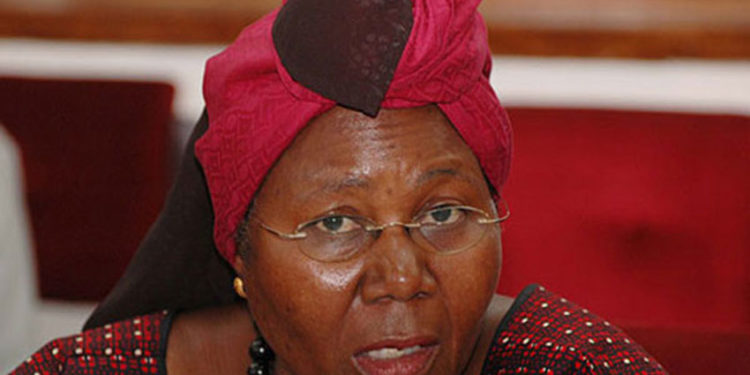 With the 2021 general elections around the corner, politicians are running back to their electorate to convince them to push them back to their elective offices, however it was all not rosy for Nakaseke North Member of Parliament Hajjat Sayda Bbumba who was harassed by her voters over the weekend.

Bbumba’s voters lost cool and kicked out their area MP out of a meeting over unfulfilled pledges.

The constituents accused Syda Bbumba-the former Finance Minister of being a first class liar who has failed to honour her promises over the 20 years they have voted for her as representative in parliament.

The scuffle started when one of the voters Henry Ssebyala who is commonly known as Muliri asked her to show them any good thing she has done for the constituency as per her pledge in 2016.

“Hajat when we came to this constituency when I was young, you won the elections and we were very happy because your words were promising and you showed us that you are a hard-working woman. But you have totally disappointed us. I am now old and I have children. but nothing we have seen. Hajat we are tired of your lies, you and your party. You always come at such times because you want our votes. In the Last campaign you promised us computers, we didn’t see them, the money they gave you to purchase our food during Covid-19 where it is? We never received posho,” he said.

Another male resident also said, “What pains is that you people now are old approaching your evening years but you always come here and start lying with your daily gesture of electricity, we buy each unit at Shs1000 but you are not ashamed to come and tell us that your party has provided electricity. For the years you have been in big ministries how have we benefited? Now again you have come because you want to use us, we are tired of you old greedy mzees.”

According to voters, Hajjat Bbumba has been in parliament for over 20 years however they have not benefited from her despite the fact she has occupied one of the most facilitated ministries in the country.

Kididi Bagarukayo said that while Hajjat Bumba was the minister of Gender, Labor and Social Development, he approached her seeking for a job, but what surprised him, the former advised him to go back to the village and concentrate on farming.

Apart from Kiddi Bagarukayo, Hajjat Bumba is facing two other opponents in the NRM party primaries. These include Annet Katunywane Nkabainamura, who has been a district councillor representing women from Kinono sub-county. However, sources allege that she comes from former Prime Minister John Patrick Amama Mbabazi’s camp and is the one facilitating her campaigns.

Another is Peter Kasolo who has been a district councillor representing Wakyato sub-county.