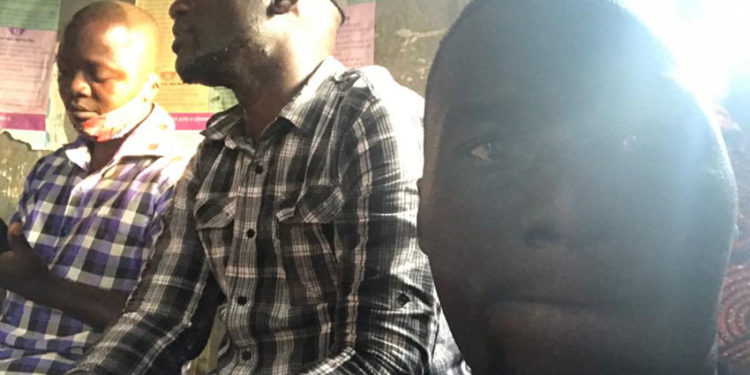 Kira Municipality parliamentary seat aspirant Eddy Yawe Ssentamu has been arrested this evening and he is being detained at Kirinya police post in Bweyogerere Wakiso.

Yawe told Watchdog in a phone conversation that he was intercepted by a police patrol along Bweyogerere – Bukasa road and forced to drive to Kirinya police station today at around 5:20pm.

“We were driving from Bukasa heading home when we were intercepted by a police patrol van and ordered to drive towards the station without divulging details on why we were being arrested,” Yawe told our reporter.

Yawe says he has been detained with five others including Zynda Hassan – his Personal Assistant and Ssembawa Sulait – a Democratic Party leader from Wakiso district.

By press time, the details about the specific charges to be preferred against the group were scanty as our efforts to get a comment from the station were futile.

Zynda Hassan, one of those arrested informed us that there are arrangements to transfer them to either Kira Police station or Kireka as the police patrol pick-up had already parked at the station for the job.

Yawe who is also Kyadondo East MP Robert Kyagulanyi’s brother is one of the politicians preparing to face off with the incumbent FDC Spokesperson Ibrahim Ssemujju Nganda for the Kira Municipality MP seat in next year’s general elections.

A fortnight ago, Yawe told this news website that they as a family had been targeted by the state for repetitive repression ever since their brother grew to become a political threat to the regime in power.