We are not even sick! More covid-19 patients at Masaka Hospital protest longer quarantine period, poor living conditions at the facility

by Mubiru Ivan
in National, News
31 1 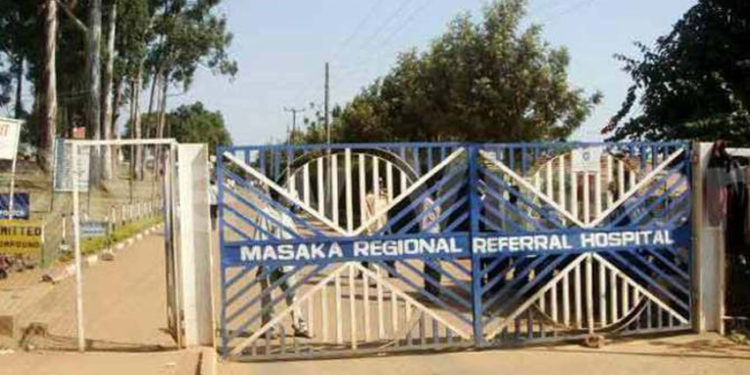 More covid-19 patients admitted at Masaka Regional Referral Hospital have protested the poor living conditions at the facility. Some say they are being subjected to longer quarantine period despite not feeling sick at all.

Last week, social media was awash with a viral video of covid-19 patient who exposed the sorry state of Masaka Hospital’s Isolation centre and how they (patients) are poorly treated.

Asymptomatic Covid-19 patient identified as Aliona Mary claimed that the structure had no electricity, water and that patients were given little portions of food adding that patients were not regularly checked on by medical workers.

“The conditions in this hospital are really horrible. We rarely see doctors, doctors just come in to just drop a medication that has no name for us to use,” she said adding they are put in a section that had been abandoned many years ago.

However, the ministry of Health was quick to to discredit the allegations saying that they were just gross exaggerations by the patient.

“The structure captured in the patient’s video was used as an emergency measure as the hospital expands its bed capacity to over 50 to accommodate more patients,” the statement read.

The Ministry also stated that patients are given sufficient meals and that the facility has functional electrical and water system contrary to what the patient alleged.

Further, contrary to allegations in the video, the Ministry said medical workers check on patients regularly, and on time to time, the medical staff guide patients on their prescribed medications.

Now, another group of patients at Masaka hospital has protested the poor living conditions at the facility.

In the recorded videos that have since gone viral since Tuesday, the covid-19 patients are seen banging doors and windows as well as shouting on top of their voices demanding to be discharged from what they described as incarceration disguised as treatment.

They also refused to eat food alleging that they are being quarantined against their will since they don’t feel that they are sick.

One of the patients said,” I was picked from Kyotera saying that I was a contact of a confirmed case. They brought me here, tested me and said I was sick. But sincerely most of us are not sick because we don’t have any signs of covid-19. I think we are being kept here for business purposes. We are tired. Besides the living conditions here are very poor, we are being given little food, we are being given vitamin C tablets only.”

Another patient alleged ” I was brought here after testing positive for covid-19 but right now I have fever but no doctor is attending to me. They just give us vitamin C tablets. Some of us have been here for weeks yet some of our colleagues are being discharged after 10 days in isolation.”

The ministry of health is yet to respond.