by Stephen Kalema
in News, Politics
19 0 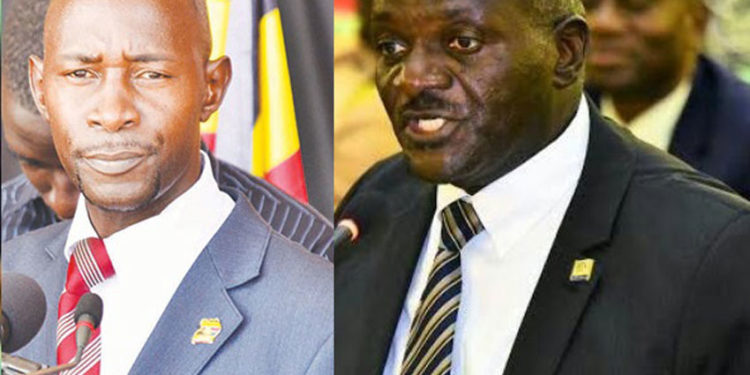 The Nakaseke South County Member of Parliament Paulson Kasana Semakula Luttamaguzi has accused Works and Transport Gen Edward Katumba Wamala of hiring out the ministry’s tractors to private individuals who use them to decampaign him in his constituency.

While at the floor of the Parliament on Tuesday, Luttamaguzi said his opponent in the next general elections is using Gen Katumba’s help to decampaign him by renovate poor roads in Nakaseke.

According to Luttamaguzi, Nakaseke as a district has on several occasions requested government to provide tractors so that they can work on the poor roads in the area but it failed to respond. hHwever, he was overwhelmed when the entire ministry decided to hire out tractors and graders to a private individual to start clearing roads.

He said Ministry of works did this because the individual who hired the road units in his constituency is a National Resistance Movement (NRM) cadre who is eyeing his parliamentary seat.

“Madam Speaker in my constituency Nakaseke South, the husband to the NRM treasurer by the names of Nsereko who is contesting for my seat is using Ministry of Works graders to come and decampaign me, so Madam Speaker am seeking your guidance when did it become a do, that private individuals can come to the ministry of works and start hiring road units ,” asked Luttamaguzi.

The Speaker of Parliament Rebecca Kadaga called upon Gen Katumba to the floor to come and explain to the House on who is supposed to hire road units.

In his response, Gen Katumba said that anybody can hire road units as long as he is using them to clear roads in the district not his/ her projects such as farming. He added that even if Luttamaguzi himself had gone to the ministry they will hire him the units he wants.

“I would mind if these machines had gone in somebody’s farm, but if they are doing services to the community, there is no problem, hiring road units tools is to anybody it’s not that am against Luttamaguzi even him, he can hire them however he has never made any courtesy to do so. Also, Nakaseke as a district has it’s units so it’s a lie that we are decampaigning him,” said Gen Katumba.