She has stabbed my back! Lord Mayor Lukwago speaks out as his deputy Kanyike accepts Museveni job 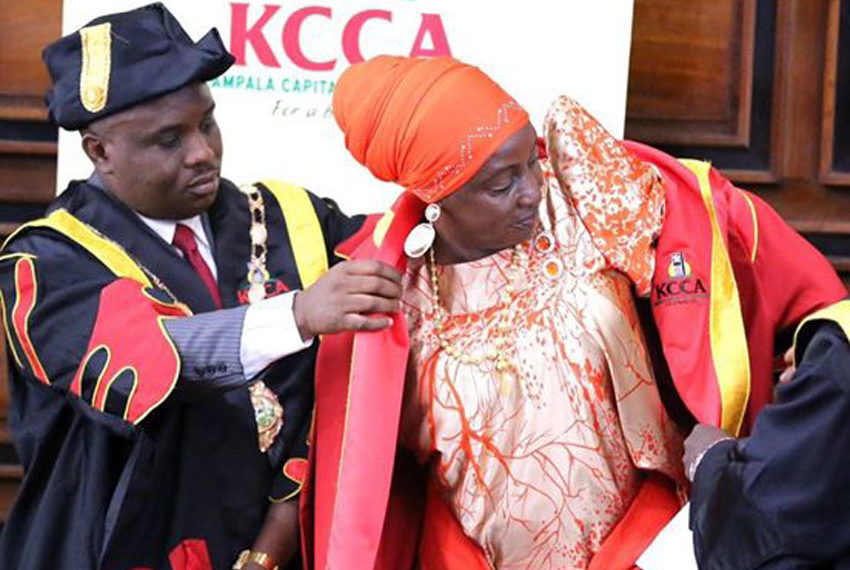 Kampala Lord Mayor Erias Lukwago has said he is hurt that his second in command Hajjat Sarah Kanyike has decided to accept a job from President Yoweri Museveni.

Last week, President Museveni made a reshuffle at Kampala Capital City Authority (KCCA) in which he proposed that Deputy Lord Mayor Kanyike should become the authority’s next Director Gender, Community Services and Production.

Following her appointment,Lukwago gave Hajjat Kanyike an ultimatum of three days to decide which side she will serve.

“I still persuade Hajjat Kanyike, with whom we have suffered and overcame many snares they had put before us. I ask her not to accept President Museveni’s appointment. Painfully I’m giving her three days to decide and on Wednesday I will be making an announcement depending on her decision, if she accepts the appointment, painfully I will accept it and I will get another person to replace her,” said Lukwago last Saturday.

However, the three days elapsed yesterday and according to Lukwago, Ms Kanyike has not communicated to him on whether she is taking the new job or not.

On Wednesday while speaking with this website the grieving Lukwago revealed that he feels hurt by his Deputy with whom they have suffered the scourging of the ruling regime.

“My best friend didn’t see it as a point to tell me whether she is taking the new job or not but laws are clear she cannot be with two jobs she must at least let one go. It’s painful that she decided to go even without saying any word. Even saying bye to me!” he said, wondering.

Lukwago further revealed that he anytime soon he will announcing his new  deputy Lord Mayor in a press conference that will be held at City hall.