Roger Mugisha to return to Sanyu FM after 20 years 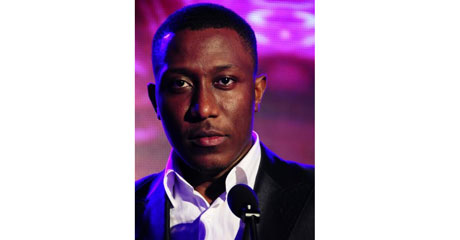 Radio legend Roger Mugisha is reportedly reemerging from his retirement to rejoin a station he left 20 years ago, as a young man.

Now, one of the most respected Radio personality, Roger would walk into Crane Chambers, home of Sanyu FM with lots of experience on his hands, and respect from his peers and younger ones.

In 1996, Roger Mugisha, joined Sanyu FM, the pioneer FM radio station in Uganda. It was a place for only stars. And Roger was a mere boy, a university freshman who hit the radio waves like a storm with his unholy looks. He became a darling for fans. In 1999 he joined Capital FM, but after he was already a Titan on the airwaves. Where the myth of The Shadow was born.

Now, the former Shadow, is returning from his retirement grown and far wiser.
He doesn’t have a burden to prove his worth, despite fireworks at Sanyu FM that saw Fat Boy among others terminated for indiscipline. Other Fat Boy’s colleagues have since asked to return and were accepted back, save for Fat Boy.

Roger, whose last radio gig was with KFM’s flagship D’Mighty Breakfast show with Aisha Alibhai, is now set to return as programs manager, a slot that would inject a new life into the complacent giant in Sanyu FM. After a break Roger should be armed with fresh and creative ideas to make radio fresh and clean.

Roger has been certified in marketing and brings visual expertise which could see Sanyu presenters more visible. This could be the real thing, Sanyu FM needs to reinvent itself now.

Earlier on Saturday, Sanyu FM management announced some big radio names set to join the station. Watchdog has not confirmed their move since they’re still engaged elsewhere. We shall bring you more updates on developments at Sanyu FM.