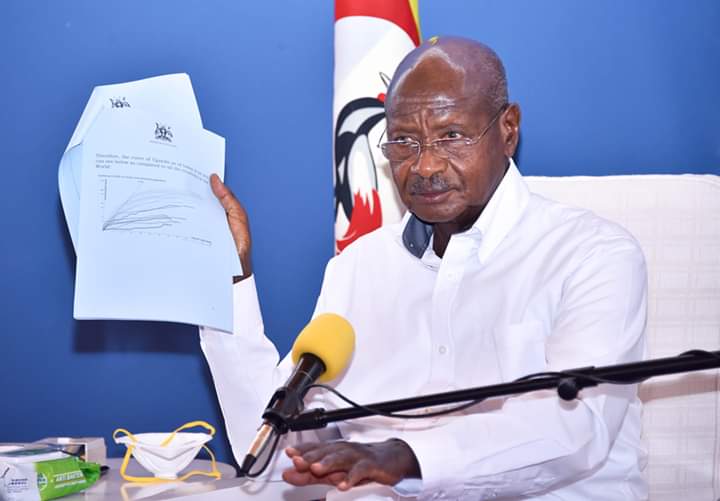 President Yoweri Museveni has ordered that the Uganda Flag and that of the East African Community be flown at half mast to mourn Burundi’s President Pierre Nkurunziza who passed on this week.

President Museveni who in his condolence message to the people of Burundi described Nkurunziza as a true friend to Uganda, said the deceased strive for the integration of East Africa.

“President Nkurunziza was a true friend of Uganda and a champion of East African Integration,his country and region will miss his talents and invaluable contribution he was well positioned to make towards the consolidation of peace and stability in Burundi and in the region, following his departure from office in a few months time,”Museveni said.

Adding,” As an expression of our solidarity with the government and people of Burundi, and as a mark of respect for the memory of President Nkurunziza, I hereby order that the flag of the Republic of Uganda and that of East African Community be flown at half mast throughout Uganda and at all Ugandan embassies and consular offices abroad from tomorrow the 13th June 2020 until burial. ”

In a statement posted on Twitter, the government announced “with great sorrow to Burundians and the international community” the passing of Nkurunziza, 55.

The outgoing President died at Karusi hospital after suffering a heart attack on June 8, the statement added.

In power since 2005, Nkurunziza was due to be replaced in August by political ally Evariste Ndayishimiye, who was declared earlier this month the winner of a May 20 presidential election.

Nkurunziza’s final years in office were racked by turmoil.

His controversial decision to run for a third term in 2015 was condemned by the opposition as unconstitutional and sparked mass unrest. After a failed military coup and a crackdown by security forces, hundreds of thousands of people fled to neighbouring countries to escape the violence.