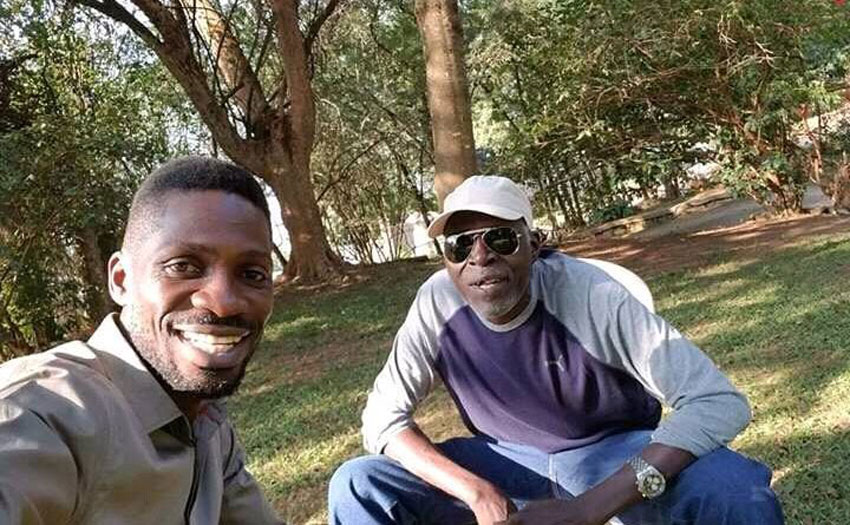 Kyadondo East MP Robert Kyagulanyi Sentamu aka Bobi Wine wants government to explain to him and his supporters the circumstances that led to the demise of former army officer Maj Gen Wasswa Kasirye Gwanga.

Kasirye Gwanga passed on at Nakasero Hospital in Kampala on Tuesday. His body was taken to Bombo and the maverick general will be laid to rest on Friday. Deputy UPDF Spokesperson Lt Deo Akiiki said the funeral ceremony will follow standard operating procedures to avoid the spread of Covid19.

However, even as Gwanga’s family and the army released a tentative program for the scientific burial ceremony of the former presidential adviser on Buganda Affairs, one of his mentees, Bobi Wine, still has questions on the death of a man he says was his personal friend over a long time, and also claims that he agreed and disagreed with him on many things but learnt a lot from every time they met.

The singer-turned-MP has described the demise of Gwanga, who also served as the Mubende District Chairperson, as mysterious especially since the rumors that surrounded the admission of Gwanga at the UPDF Senior Officers Diagnostic Centre based in Mbuya in April.

Reports then claimed that Gwanga had said he was arrested for refusing military deployment at his home since he had retired from the army in 2018. For weeks since then, Gwanga was out of the news, except for the reports that came days ago that he had mentioned the First Son Lt Gen Muhoozi Kainerugaba in his will.

Bobi Wine has now demanded an explanation of what could have happened to Gwanga between April and June 09 when he was pronounced dead.

“Like many prominent people in this country, Gen. Kasirye’s arrest, detention and eventual death is shrouded in mystery. Like many Ugandans, I am hoping that those in authority will provide satisfactory answers,” Bobi Wine demanded in his eulogy.

On Tuesday, while concluding his Heroes Day address at State House Entebbe, Museveni ordered the audience at the televised scientific address to observe a moment of silence in honour of Kasirye Gwanga. Even his son and adviser on special operations Muhoozi paid tribute to the fallen general. Muhoozi said Gwanga was a great soldier and a good friend.

LC I chairman arrested over illegal possession of pangolins worth Shs10m

Don’t blame me for any deaths! Museveni fed up with Ugandans who take his Covid-19 response efforts for granted

Don't blame me for any deaths! Museveni fed up with Ugandans who take his Covid-19 response efforts for granted