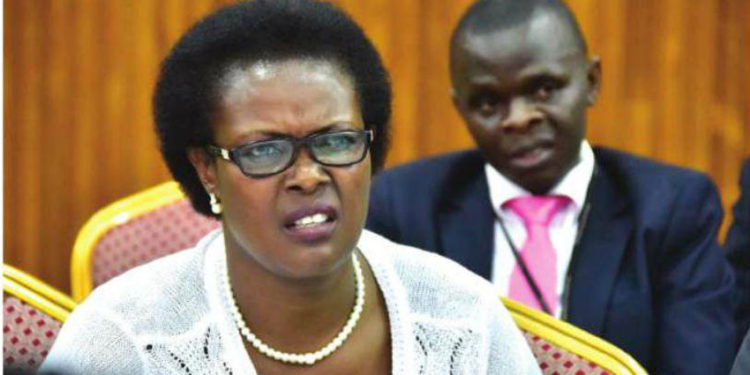 Members of the National Resistance Movement (NRM) Parliamentary Caucus want all MPs who spread news of the alleged Shs 40 million said to have been paid to each of the 317 legislators as a reward for voting to remove the presidential age limit punished.

The news of the reward came out last week and have left the public more annoyed with Parliament because the new scandal came only weeks after the controversial Shs 10 billion Covid cash bonanza that was also openly criticized by President Yoweri Museveni, sparking off a war of words between the House and the executive.

The legislators were so annoyed with Museveni that they passed a motion moved by Kira Municipality MP Ibrahim Ssemujju Nganda to express displeasure in the President and advised him to always write to Parliament instead of embarrassing the House in public like he did in his April 28 address in which said it was morally reprehensible for MPs to award themselves money when Ugandans were starving due to Covid lockdown.

In meetings that followed, Museveni suggested that Covid constituency taskforces be formed to be headed by MPs and each should get Shs 40 million to help overcome pressures from their voters. But NRM committee chairperson rejected this proposal and told Museveni to revive the Community Development Fund.

Some reports claim that in that very meeting, some members of the NRM Caucus like Chief Whip Ruth Nankabirwa, her deputy Solomon Silwany and publicity secretary Margaret Muhanga reminded the president of the unfulfilled promise of a reward for the party MPs who stood with him during the process of removing the age limit in 2017. After this, Museveni is said to have ordered the party treasurer to get some Shs 40 million for each of the 317 MPs.

With reports of the reward putting MPs in bad light again, public denial that there was nothing received has alleged seems not to be working. It is this that has prompted Burahya County MP Muhanga to suggest that the rebel MPs who first made noise about this money be penalized.

The NRM Caucus mouthpiece is so worried about the impact the claims of the Shs 40 million reward has had on the party’s MPs that she has now revealed that NRM will push Speaker of Parliament Rebecca Kadaga, also the party’s second national vice chairperson, to send the MPs who leaked information of cash reward to the Rules Committee for disciplinary action.

Last week, MPs Theodore Ssekikubo (Lwemiyaga), Monica Amoding (Kumi), Joseph Ssewungu (Kalungu West) and Gerald Karuhanga (Ntungamo Municipality) MP told reporters that the 317 MP had received between Shs 40 million and Shs 100 million at Kati Kati Restaurant as a reward for removing age limit. It is these MPs that Muhanga wants to be quizzed and punished for soiling the image of fellow MPs through claims that have since renewed public anger against Parliament.

Meanwhile as Muhanga pushes to have these MPs punished, Government Spokesperson ofwono Opondo has also challenged them to produced evidence to prove their claims.

“MPs have not been given 40 million, we have challenged the people who addressed the media conference, our colleagues Monica Amoding, Sekikubo and so on. We have challenged them to repeat those allegations outside Parliament because they seem to be taking advantage of the immunity they enjoy in Parliament to make slander. To slander people,” said Opondo.