We have not apologised to Sakwa! Family of late Sanga speaks out as imposters declare Jinja RDC innocent 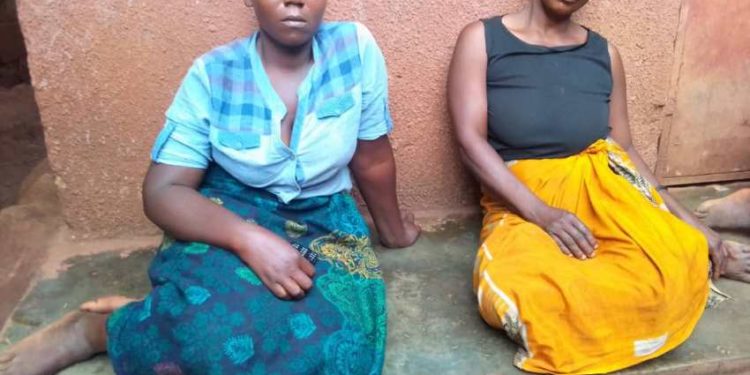 In a surprising twist of events, the rightful family of late Charles Sanga who died of injuries inflicted on him on the orders of interdicted Jinja RDC Eric Sakwa have come out to refute reports making rounds that they have issued an apology to Sakwa over reports that he killed their relative.

There were media reports on Friday 15, where a group of people claiming to be widows and orphans to late Sanga held a press conference in Ivunamba village to denounce the murder claims against Sakwa.

In the press conference held at Ivunamba village, Budondo subcounty, the claimants also reported that they had been procured by Jinja West MP Grace Balyeku, through Mafubira subcounty Chairperson Mr Kiganira Hamis to pin Sakwa in the murder he was actually not involved in.

Mr Kiganira however dismissed the accusations as untruthful and baseless, adding that the deceased had indeed died from injuries inflicted upon him on the orders of Sakwa.

He also says that late Sanga, who was very well known to him was solely a resident of Lwanda and questioned the claims of the other family that he lived in Ivunamba.

Just like Kiganira, Mr Kyera David, younger brother to the deceased also maintains that his brother never had any other family other than the one in Lwanda Village. He also notes that there was no way family would have apologised to Sakwa yet his late brother had personally given an account of his death at the hands of the ruthless RDC.

” Whoever claims to be Sanga’s family must be wrong people. Charles had only one brother and it’s me and his family is the one in Lwanda. The truth is that we don’t know those people. And besides that, the deceased had already narrated what happened to him and pinned Sakwa, so how could we again come out as family to go against his account! Kyera told watchdog in a telephone conversation on Friday 15.

He also said that as family, they had resolved to seek legal action against the imposters to order for a DNA as a way of establishing the truth in their claims.

Speaking to this website, Namuli Rose, the first widow to the deceased, with whom he had 10 children denied any involvement in the said press conference and asserts that her husband had only one family which is in Lwanda and was survived by two widows and 12 children.

She also refutes claims that her husband died of high blood pressure, adding that they are willing to follow the case before court since they witnessed as the acts of terror were being exerted on their relative by Mr Sakwa.

“The deceased never had any other family or children apart from us. In fact we don’t know those people and none of them even attended the burial for the late. We have not apologised to Sakwa since we still believe he caused the death of my husband and we are ready to witness against him in court since we witnessed the incident first hand, ” she explained.

Sanga Richard, the eldest son to late Sanga castigated the actions of the imposters for taking advantage of their loss to try to profit out of it. He said that their claim was not sincere since they were not known to their family in any way. Just like his his uncle Kyera David, Richard also also believes there is need for a DNA to establish the truth.

” It’s unfortunate that some people would unscripulously want to use our father’s death for their selfish agendas. We shall subject them to a DNA test and prosecute them if results come out negative, ” said Sanga.

Sakwa was implicated in the death of late Sanga Charles who passed on as a result of torture wounds inflicted on him on orders of the embattled RDC while implementing the Presidential directives on curfew.

He was arrested and charged for manslaughter before being released on bail awaiting court decision on the matter.