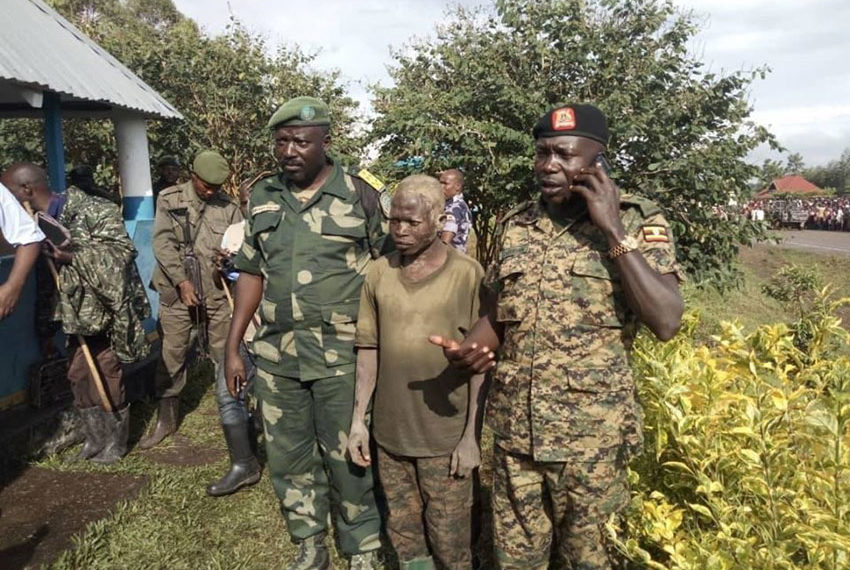 UPDF contingent from the 222 Mountain Infantry Brigade under the command of Lt Col Denis Wanyama is deployed to help in the relocation and assisting of the affected communities.

The Minister said he traveled to Kasese to assess the extent of damage and relief requirement for persons affected by floods caused by overflow by Rivers; Nyamwamba, Nyamugasani and Mubuku on May 06, 2020. All the rivers in Kasese and Bundibugyo Districts burst their banks due to heavy rainfall on the night of May 05, 2020.

Kilembe hospital was among the places gravely affected by the floods. The Uganda Peoples’ Defence Forces, Uganda Police Force, and Non Governmental Organizations have been helping in the search and rescue of patients, attendants and medical workers cutoff by the floods plus the population in the neighborhood of the hospital. Local ambulance, facilitated by the joint efforts, is playing a significant role in the rescue and evacuation of the affected persons.

The floods also affected the general infrastructure and essential service provision in the affected districts. Roads and bridged were destroyed as well as electricity distribution services such as at Kasese, Kilembe mine and Tronder hydro power plants were gravely affected. Education institutions were also affected such as Bikone Primary School that was partially destroyed. Furthermore, Kanamba Health Centre lll was destroyed.

The UPDF is working within its core constitutional functions stipulated in Article 209 to render support during the emergency. The UPDF remains a people’s Force, committee to working with and for the people of Uganda under all situations.