by Mike Ssegawa
in News, Politics
46 2 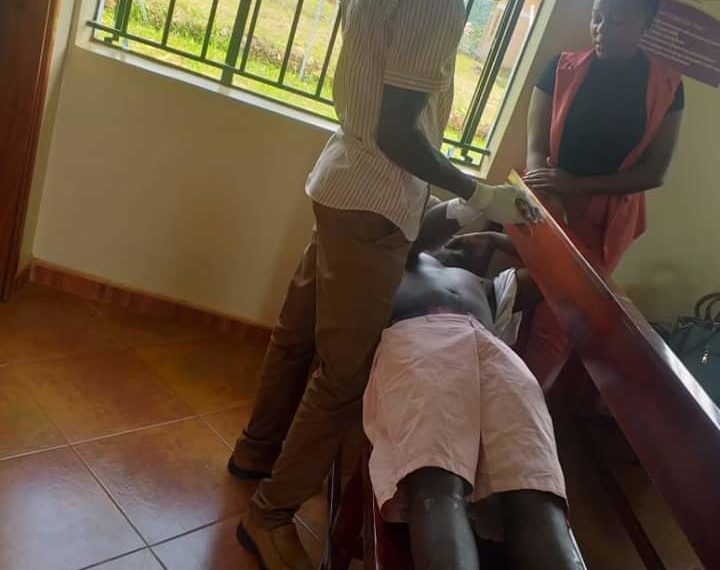 Mityana Municipality MP Zaake has failed to respond to treatment at Iran Naguru Hospital prompting medics to refer him to Nsambya hospital for further management.

Zaake who is in police hands, was arrested a couple of weeks ago for attempting to distribute foodstuffs against the Presidential directive. President Museveni had warned politicians against distributing food saying it exposed ordinary people to Covid-19 infections.

When Mr Museveni announced a lockdown in Uganda over Covid-19 in mid-March, he stopped any private distribution of food, a role delegated to the National Covid-19 taskforce headed by Prime Minister Ruhakana Rugunda.

The president, who has been hailed for containing the spread of the coronavirus given the measures he put in place, said those who attempt to distribute food were to be charged for “attempted murder” because they risked people’s lives.

Zaake is one of the MPs who tried to distribute food stuffs to residents who were storming their home crying for assistance. The lockdown has denied thousands of people access to their jobs and they have run short of food supplies in their homes.

The Mityana MP posted on his social media pages photos of gift hampers he planned to distribute which prompted police to arrest him. It has since emerged that Zaake was brutalized during his arrest, which severely weakened his health condition.

Zaake’s lawyer, Paul Mwiru on Monday morning revealed during a People Power press conference that Mr Zaake was in bad shape. The Jinja East MP said Zaake has not regained his sight which has prompted doctors at Iran hospital to refer him to a bigger hospital for further management.

Mwiru who explained in detail the condition he found Mr Zaake only after he pressed to see him at SIU Kireka, said the officers first denied him access until he got clearance from the CIID director, Akol. Nevertheless the suspect was later brought out after consultations and he was visibly “very frail”.

“Zaake has bruises all over his body, because his hands and legs were tied with ropes during his arrest. He was also beaten and tortured because he has injuries on his chest and other parts of the body.”

Mwiru had earlier insisted that the suspect be given bond and taken to hospital, something the police agreed to later. He was taken to Iran hospital in Naguru but have restricted his visitors.

Joel Ssenyonyi, People Power spokesman said they are doing everything in their powers to have Zaake released.