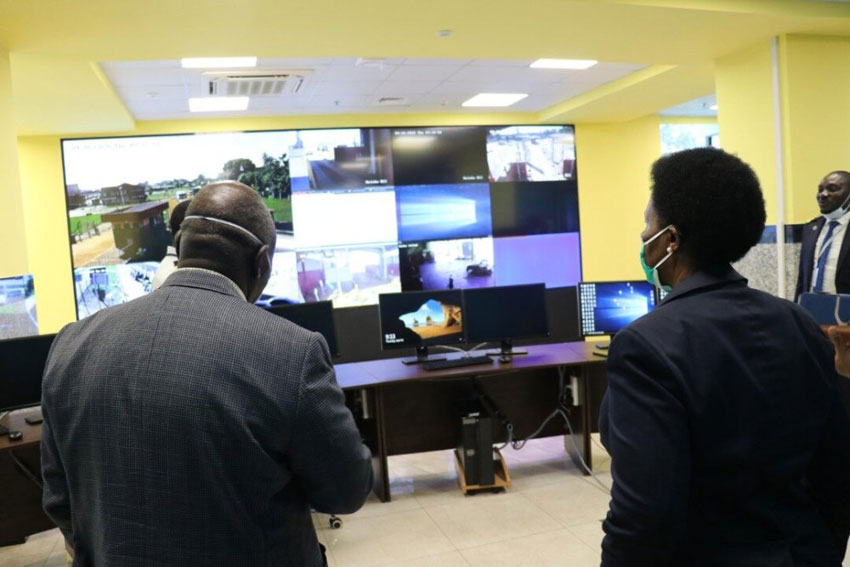 As a new measure adopted to further combat the spread of #COVID19 at Uganda’s borders, all truck drivers driving into Uganda are required to present themselves to the Ministry of Health officials for testing.

On the 12th of April, 2020 a truck driver en route to Southern Sudan went through the same procedure before clearance by immigrations and URA to proceed with his journey.

24 hours later, the results came back and one of the drivers tested positive. The URA Electronic Cargo Tracking System (RECTS) was used to trace the actual movement of the driver from Malaba OSBP up to Corner Kamdini Customs Check point where he was intercepted.

RECTS utilizes the Global Positioning System (GPS) to trace the movement of trucks from their point of entry in a country right up to the point of exit to curb cargo dumping among many other risks along trade routes.

Following this interception, a team led by Hon. Amelia Kyambade Uganda’s Trade Minister who is also the Chairperson of the National #COVID19 Taskforce, met at the URA headquarters to further discuss how they can take advantage of the Electronic Cargo Tracking System in the fight to combat the spread of #COVID19.

Kyambade was accompanied by Gen. Katumba Wamala the Co-chairperson of the Taskforce who is also the Minister of Works and Transport together with other dignitaries from the Ministry of Internal Affairs and the Ministry Of Health.

The URA Commissioner General, John R Musinguzi took the team on a tour of the Regional Electronic Cargo Tracking System Control Centre and they witnessed how trucks are electronically trailed in real-time from the points of entry up to when they exit the country. They also visited the Central Command Targeting Center where they witnessed real-time monitoring of activities at the borders.

This monitoring can further provide information to the National #COVID19 Taskforce on what is happening at the borders in terms of whether people are practising and adhering to the medical guidelines issued such as social distancing, washing and sanitizing their hands, who are sneaking into the country and so much more.

The Taskforce together with URA management further discussed how to utilize the tracking system to ensure the safety of truck drivers in a bid to combat the spread of #COVID19.