I was not poisoned- Hospitalized Stella Nyanzi speaks out

by Mubiru Ivan
in National, News
26 0 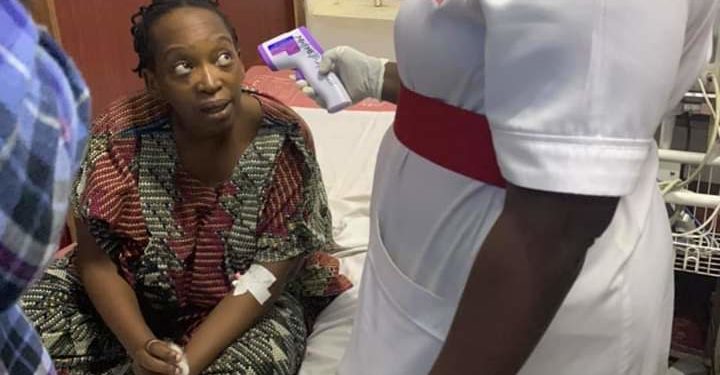 Dr Nyanzi was admitted to Mengo hospital a few days ago under critical condition. As usual some social media users started to speculate that the human rights activist was poisoned.

However, in a Facebook post on Wednesday, Nyanzi clarified that she was never poisoned but suffering from illnesses she got from Luzira prison.

“My people, I am not yet dead. Don’t start digging the burial ground as yet. I am just suffering illnesses from Luzira prison. I have a bad anemia, sick kidneys and foul UTI. I have trauma triggered by torture in prison,” Nyanzi who is still admitted at Mengo Hospital said.

VERSE ONE
My people, I am not yet dead.
Don’t start digging the burial ground as yet.
I am just suffering illnesses from Luzira prison.
I have bad anaemia, sick kidneys and foul UTI.
I have trauma triggered by torture in prison.
You see, my people who love me, you see?
I don’t need a grave as yet.
Instead I need foods rich in iron.
Leafy greens, mukene silver fish, millet oats
And protein rich foods to build my kidneys.
Don’t believe the lie that…….. murdered me!
She has learnt to fear me.

VERSE TWO
My people, I am not yet dead, not even dying.
Don’t start brewing the beer for the mourners.
My cocktail of illnesses pushed out the vomit.
The endless puking critically dehydrated me.
I could not get help against the dehydration.
My private car has no RDC permit sticker.
The health-workers in my home area have no RDC stickers.
The neighbourhood clinics had no RDC stickers.
No clinician agreed to treat me at my home.
And so I stayed indoors vomiting each day.
I vomited, amended my will, vomited again!
I vomited until I started foaming.
So don’t believe lies that . ….. poisoned me.
She has learnt to revere me.

VERSE THREE
My people, I am not yet dead, not that easily.
Don’t slaughter Daddy’s bulls for my vigil.
Don’t even pay for any obituaries or wahala.
Pay the ambulance that did the Herculean task of transporting me to hospital.
Pay the POPD at Mengo Hospital for not chasing me away but rather admitting me.
Pay for the many laboratory diagnostic tests.
Pay for the medicines and treatments and therapies and counsel that I am receiving.
Pay the truth where lies of my death are circulating like a bush fire.
Pay me with love when many celebrated the potential of my poisoning.
Don’t believe the lie that. ….. poisoned me.
She confirmed I was always telling the truth.

Bunyaruguru Dispatch; COVID-19; taking us to the basics of hygiene and feeding the wretched of the earth.