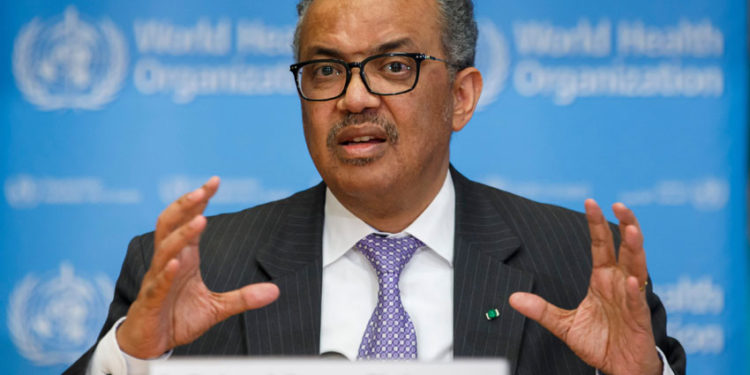 The head of the World Health Organization (WHO) has condemned as “racist” the comments by two French doctors who suggested a vaccine for the coronavirus could be tested in Africa.

Two French doctors have been accused of racism after a TV debate in which one suggested trials in Africa to see if a tuberculosis vaccine would prove effective against coronavirus, according to news reports.

During a debate on French TV channel LCI, Camille Locht, head of research at Inserm health research group, was talking about a vaccine trial in Europe and Australia.

Jean-Paul Mira, head of intensive care at Cochin hospital in Paris, then said: “If I can be provocative, shouldn’t we be doing this study in Africa, where there are no masks, no treatments, no resuscitation?

“A bit like it is done elsewhere for some studies on Aids. In prostitutes, we try things because we know that they are highly exposed and that they do not protect themselves.”

Mr Locht nodded in agreement at this suggestion, and said: “You are right. We are in the process of thinking about a study in parallel in Africa.”

Dr Mira had earlier questioned whether the study would work as planned on healthcare workers in Australia and Europe because they had access to personal protective equipment (PPE) while working.

The doctors’ remarks during a TV debate sparked outrage, and they were accused of treating Africans like “human guinea pigs”.

One of them later issued an apology.

When asked about the doctors’ suggestion during the WHO’s coronavirus briefing, Dr Tedros became visibly angry, calling it a hangover from the “colonial mentality”.

“It was a disgrace, appalling, to hear during the 21st Century, to hear from scientists, that kind of remark. We condemn this in the strongest terms possible, and we assure you that this will not happen,” he said.

Tedros revealed that the WHO would hopefully announce later this week an initiative to accelerate research, development and production of vaccines against COVID-19, as well as designed mechanisms for “equitable distribution” of the vaccines.

“We will have a problem while looking for vaccines, unless we break the barriers to equitable distribution of the products,” he said, adding “we need to address the challenges to access ahead of time.”