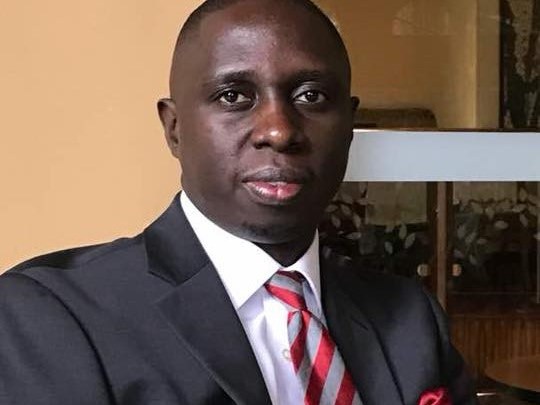 ShareTweetSendShare
Kampala Central MP, Mohamed Nsereko, has appealed to the government to grant workers access to their savings with the National Social Security Fund (NSSF) in this crunch economic period where everyone is struggling to survive.
In his written public submission on his social media platforms, Nsereko argues that the government’s call for people to stay home as the major preventative measure against the spread of COVID 19 is likely to fail miserably in case no economic solutions are offered alongside.
‘Government should consider the option of people accessing their savings partially by 10 to 30% depending on their amounts available,” read Nsereko’s appeal in part.
This, according to the Kampala Central legislator would give workers the confidence to observer the government’s stay home appeal when knowing that their families will have something on table at the end of the day either way.
He goes on to wonder how it would be hard for the National saving scheme NSSF to bail out the people who have been keeping their savings with them yet they can revert big sums to the Central Bank foe lending.
” The justification is that if NSSF can lend 7 trillions to Bank of Uganda by buying it’s treasury bills, why not give or borrow to the people who save with it,” wondered Nsereko.
Besides, the law maker also demanded that the President signs the new landlord and tenants bill I law immediately to provide for the suspension of rent payment on both residential and commercial buildings during this difficult economic period. This would accordingly save over 7 million tenants, both residential and commercial, the disruption that might be caused by the looming economic slump.
Nsereko has also asked the government to intervene by asking utility companies to suspend charges for all bills like water and power for the next 120 days. In return the debts due to government companies be offset to the equivalent for example power UMEME. As for National water and sewerage corporation which he says is fully owned by government and should comply without any outside engagements with other stakeholders.
With regard to financial institutions, the law maker demanded that the Central Bank suspends all interests payable on all loans just like all governments internationally have started negotiating with their creditors. In effect all interest payments should be frozen for the next 6 months. If done, Nsereko says it would give some breathing space to the stakeholders hence averting the danger of a possible laying off of labour that would result in sky rocketing unemployment.
“This shall reduce pressure on landlords and business owners, small, medium and big and in return shall keep people on jobs and avert the catastrophe of unemployment. For example with closure of borders over 50,000 people shall loose jobs directly and indirectly,” Nsereko Explained.
He concluded by appreciating the efforts of the Government so far in fighting against the spreade of the pandemic but also asked that rapid testing kits be availed to make work of diagnosis easier  and effective. He also proposed that government provides improved financial allowances for the health workers to raise their motivation in these demanding times. “Additionally also provide an extra allowance to the medical and health practitioners from ambulance drivers, Nurses, Doctors, Laboratory Assistants etc as a motivation to work harder , save lives but also know that we care that they put their lives on the line first,” He added.
Do you have a story in your community or an opinion to share with us: Email us at editorial@watchdoguganda.com