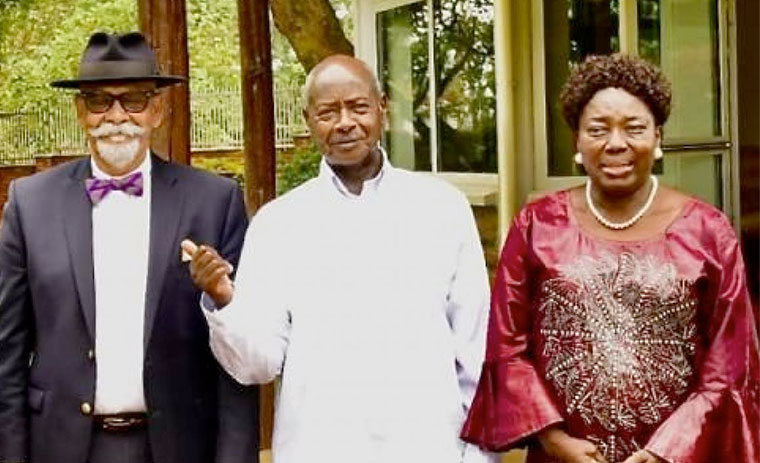 On Monday while opening the Plenary, Kadaga said that Prof Safaraz K. Niazi, who had manufactured the treatment for coronavirus in the USA was in Uganda for two weeks. At the weekend, he visited President Museveni.

“Within a fortnight, the treatment for coronavirus will be available on the market. It’s being made by Dei International. Not that we should relax but there is hope that the first treatment will be from here in Uganda,” she said.

However, her statements left medical personal under UMA unhappy forcing them to call for a press conference on Tuesday morning.

In their press statement, they said; “Uganda Medical Association would like to express concern at a statement attributed to the Rt. Hon Speaker of Parliament, about a new treatment for coronavirus 19 on the Floor of Parliament on 16th March 2020.

To put the records straight, the SARS-COV-2 coronavirus (the cause of COVID19) is a new strain of coronaviruses which was only discovered to cause human disease less than three months ago in Wuhan, China.

To date, there is no single medicine that can cure this disease or a vaccine that can prevent it, much as many are being tested. Any unevidenced claim of a treatment or cure without due scientific evidence and corroboration by a competent institution mandated to regulate medicines is not only incorrect, gives false hope but may also be dangerous. Instead, it diverts the population from known and effective preventive messages,

“We express particular displeasure about the quack cadre scientists who desire to misinform the leadership of our country. From what we understand, whatever was purported as a treatment, cure or vaccine is actually a disinfectant meant for external body use. It’s unlikely the same has approval by the USA Food and Drug Administration where it is claimed to have come from. Why would the USA give the patent of a potential cure to the country with not a single case when it has several thousand cases?”

In reaction later Tuesday evening, Kadaga asked doctors Richard Idro (UMA president) Muhereza Mukuzi (General Secretary- UMA) and Misaki Wanyengera to immediately apologise because she was ‘available they would have consulted her.’

“I want them to apoligise. I do not deal with quacks. I have also taken issue with the doctors’ resort to a press conference instead of having the courtesy to come and share their concerns with me. He (Prof Safaraz K. Niazi) was the brainchild behind the famous Obama Care in the US,” she said.

“Mathias Magoola who is being derided is not a quack. I have shown evidence of his phamaceutical firms in Luzira and Matugga.”

In total, nearly 350 people have been diagnosed with the virus across Africa. Seven people have died while 42 have recovered, the World Health Organization (WHO) said.

Could cunning MPs be having ill-motives against Museveni by praising him on COVID-19 fight?