We are not idiots! Frank Gashumba wants SFC, FBI to investigate Bebe Cool for staging the bottle throwing incident 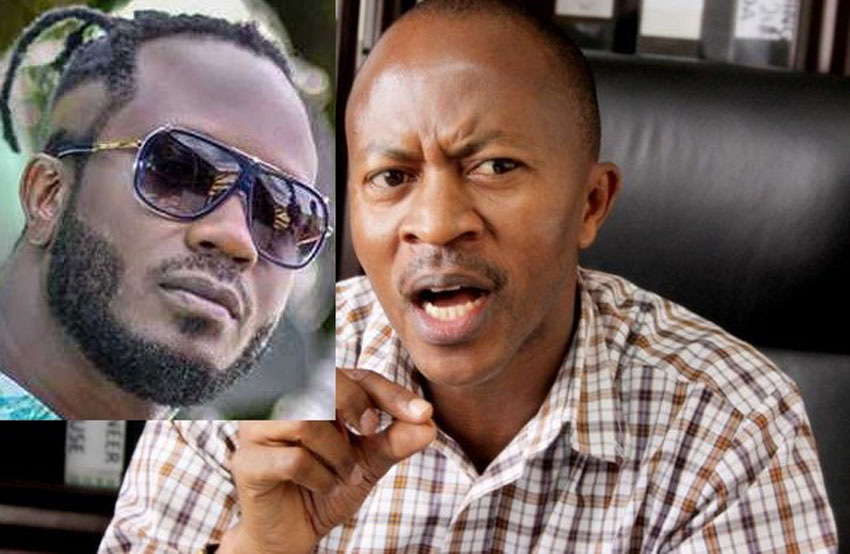 Renowned social entrepreneur also motivational speaker Frank Gashumba has said that he has a feeling that singer Bebe Cool is behind the bottle throwing incident that happened at the Boom Party concert over the weekend.

Cindy Sanyu’s Boom party at Cricket Oval, Lugogo on Saturday was a full house affair and Bebe Cool who loves the big stage graced the platform around midnight only to get bottles from all directions of the audience.

A number of people including the First son Gen Muhoozi Kainerugaba have since condemned the act before calling for political tolerance.

However, to Gashumba, Bebe Cool must know something concerning the whole issue and that he should be investigated to ascertain whether he is the man behind the incident or not.

“SFC, FBI, CIA, KGB should investigate bottle throwing at concerts. I highly suspect this was staged for Bebe Cool to gain sympathy and attention,” he said in a Facebook post on Monday.

Adding: “No sane person can stay on stage while being pelted with bottles not knowing what is inside them. Some of us are not idiots, we went to school at the right time.”

Troubled singer Edrisa Musuuza famously known as Eddy Kenzo has swallowed his words regarding his recent attack against People Power...

Renowned political commentator Frank Gashumba has congratulated the National Unity Platform party upon getting another contender for it's Presidency in...

As Uganda continues to grapple with the Covid-19 pandemic which has brought the world on its knees, the Uganda National...