by Stephen Kalema
in News
10 1

Civil Society Organisation’s have tasked the National Planning Authority (NPA) to include the food and nutrition strategies in the National Development Plan III.

Speaking during the technical review of the Draft National Development Plan III (FY2020/21-2024/24) on Friday at Golf Course HOTEL, Immaculate Yossa Daisy,HIVOS’ regional coordinator said all the NDPs that have been drafted, food security has always been ignored with the main focus on industrialisation.

Currently, the population growth in Uganda is 3 per cent higher than food production. Ugandans undernourished have now doubled from 6.9 million in 2004 to 17 million in 2018 as per Food and Agriculture Organization assessments.

Also according to the reports from the government of Uganda, 46 per cent almost 11 million Ugandans are experiencing food security, where 40 per cent don’t meet the required dietary intake (2,200 kilocalories per day, 34 per cent of school-going get an inadequate meal.

To curb the growing problem of food insecurity, civil societies such as Food Rights Alliance (FRA), Uganda Youth Biodiversity Network, Slow Food Uganda and SEATINI urge that NPA and the Office of Prime Minister must include in NDP III food security strategies that will help in analysing food and Nutrition.

Ragian Kabasomi from FRA said that if the Food and Nutrition strategies are left out, Uganda will spend more five years not having any sustainable nutrition strategy that will enable her to see that all foods needed are available.

“We still have chance since the NDP III is still in draft we need to open our nutrition lenses and see what to include, in the first two plans food security was not considered but the focus was on industries, therefore before June when it will be sealed for the next financial year we need to also send our views to NPA,” she said.

Dr Peter Milton Rukundo, a lecturer from Kyambogo University also specialist in Food and Nutrition said that food is a national strategic reason that shapes development aspiration and well being of the society.

“Food security is when all people at all time have physical and economic access to safe and nutritious food to meet their diet. We need to know that food security is at the centre of supporting small scale farmer which in turn bring development, so this must be part of the plan,” he said.

On her part, Sarah Nahalamba from NPA assured the civil societies that the draft is still open for any resolution.

She, however, advised them to consider community awareness about food and nutrition.

“Our draft is open till June but as you advocate for it to be included in the NDP III, you need to know that community Mobilisation is much needed to see that the issue of nutrition is addressed, in villages people have almost every food but they sell it and at the end of the day thier children are malnourished, this can be removed by sensitisation, even if it’s included in the plan and people remain ignorant it will create no impact.” 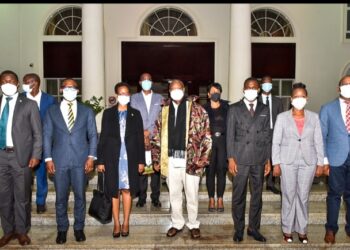 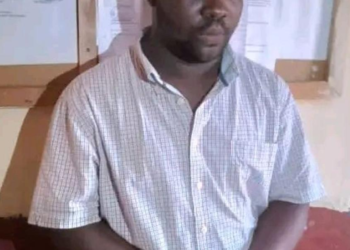