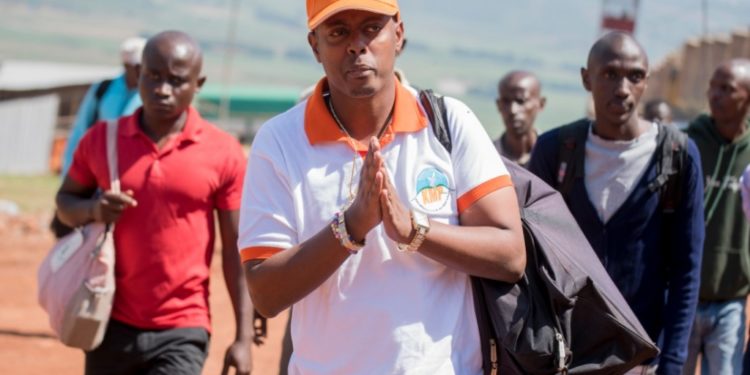 Popular Rwandan singer Kizito Mihigo has been found dead inside a police cell.

Mihigo was last Friday arrested – two years after he had been sentenced to 10 years on various cases – by the Rwanda Investigation Bureau (RIB) over suspected attempt to join armed militia groups meant to destabilise the country as well as corruption cases.

He was allegedly trying to escape the country through the porous border in Nyaruguru district, Southern Rwanda last Friday, RIB said of the man who received a Presidential commutation in September 2018 for the remainder of his 10-year jail term.

His dossier was to be handed over to prosecution.

However, on Monday, February 17, the Rwanda National Police issued a statement to announce Mihigo’s death inside his cell at Remera Police Station, Gasabo District, Kigali.

Signed by CP JB Kabera, the Rwanda Police Spokesman, Mihigo, a Rwanda Genocide survivor had been in the police cells for the last three days as RIB accused him of attempting to cross the border illegally and corruption.”

The statement further reads that on February 15 and 16, Kizito was visited by his family members and his lawyer.

“Investigation is underway to establish reasons that pushed him to kill himself,” police communique reads.

Mihigo was first arrested in 2014 on several allegations including joining the Rwanda National Congress (RNC), a terrorist outfit whose leaders are based in South Africa seek to destabilise Rwanda’s security. He was found guilty and sentenced to 10 years in prison.

Sheikh Mutumba was murdered because of land, not Islam – Police

Sheikh Mutumba was murdered because of land, not Islam - Police