Suspected assailants have issued a list of most wanted politicians. Without revealing what they want to do with them, the unknown people dropped the list at the home of Makindye East Member of Parliament Allan Sewanyana on Saturday morning.

Sewanyana is among the 13 most wanted politicians.

“Found those dropped on my gate and along the way that leads to my home and some areas in my constituency this morning,” Sewanyana posted on his Facebook page today morning. 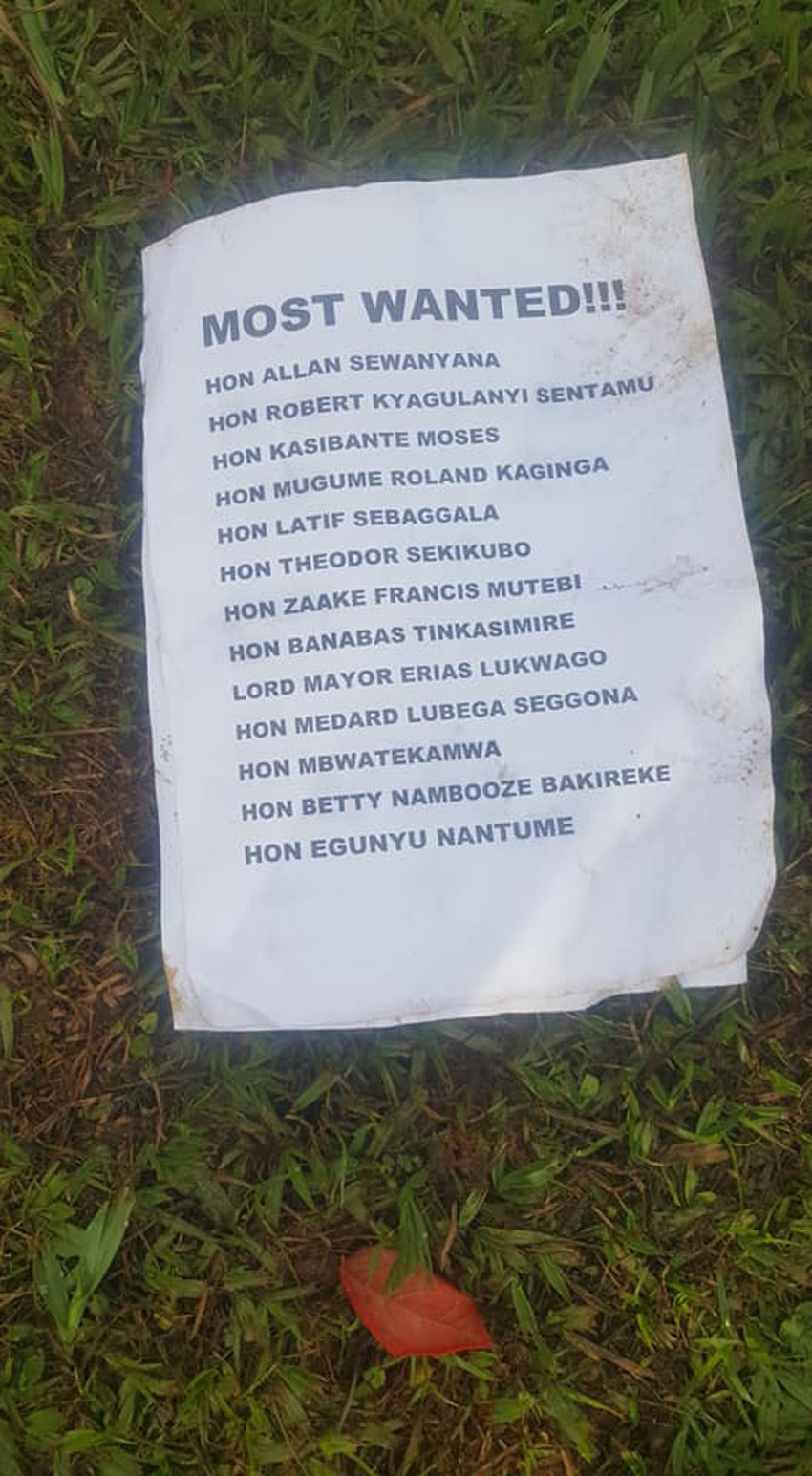 The death threats on politicians have not just started.

Idah Nantaba, the Kayunga Woman legislator, in 2019 said Ronald Sebulime, whom police later shot dead, had trailed and wanted to kill her.

The minister subsequently said President Yoweri Museveni had directed her to stay put at home as a result of imminent threat to her life.

Former Arua Municipality MP Ibrahim Abiriga was killed in a hail of bullets near his home in Kawanda, Wakiso District, on June 8, 2018.

Prior he had complained that mafia were trailing him on a motorcycle before gunmen killed him. He was killed alongside his brother and UPDF soldier, Saidi Kongo, who was a stand-in guard. Police have not arrested any suspect to-date.

During the August 2018 Arua parliamentary by-election fracas, Kyadondo East MP Robert Kyagulanyi, aka Bobi Wine, claimed that he was a target when security forces allegedly shot dead his driver, Yasin Kawuma, inside the legislator’s Tundra vehicle at the time parked in front of Pacific Hotel in Arua Town. In July, he repeated claims that his life was in danger over his plans to stand for president.

Ntungamo Municipality MP Gerald Karuhanga in 2019 also reported receiving text messages notifying him that he is next on the list of those to be killed.

Here is a latest list of the most wanted politicians;