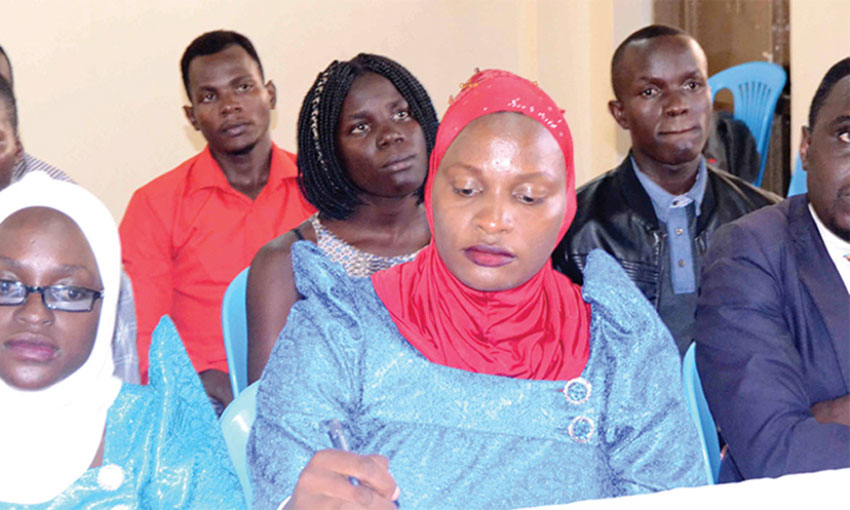 It seems State Minister for Gender and Culture Peace Mutuuzo will have to swallow her pride and apologise over her recent remarks against the culture of labia elongation because the pressure is becoming too much for her to handle.

Last week, the minister warned especially school matrons against the cultural practice, saying government will find avenues of talking to girls, especially in primary schools, how to report the perpetrators for encouraging a practice that does not add value to their health.

“We shall target matrons in primary boarding schools. You are preparing our girls who are not yet ready for marriage and may get partners who do not care about that (genital elongation),” Ms Mutuuzo said ahead of the International Day for Zero Tolerance of Female Genital Mutilation that had been scheduled on Thursday, February 6, 2020.

She also said her ministry needs Shs1.2 billion to help fight the vice which she said was a form of Female Genital Mutilation (FGM).

However, her comments have since attracted criticism from a section of peoples from the central and southern parts of Uganda who are known to be carrying out the practice.

She has been attacked left and right by fellow politicians, cultural and religious leaders and members of the general public.

Now young Baganda women have also added their voices to criticize the minister for disrespecting their culture.

The young women under their umbrella body—Nkobazambogo on Monday warned Ms Mutuuzo to keep off their Kiganda culture since she does not know the advantages that come with ‘pulling’.

Lazia Natamu, the Chairperson of Nkobazambogo in the country said the 1995 constitution gives every person a right to enjoy his/her culture and by saying that ‘pulling’ is illegal, the minister crossed the line.

“We want Minister Mutuuzo to apologize for disrespecting our culture and more importantly, she should apologise to our kingdom,” Nantamu said during a meeting at Buganda Royal Institute in Mengo.

Hasifah Nalweyiso, a youth leader in Buganda Kingdom said, “ Most of the women were hurt by the minister’s words, that’s why we call upon the Ms Mutuuzo to apologize.”