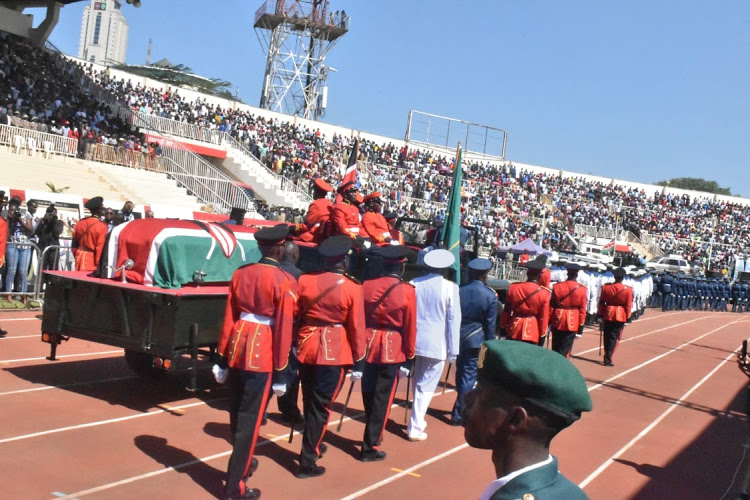 Kenyans from all walks of life started streaming into Nyayo national stadium for the requiem service of former president Daniel Toroitich arap Moi who died on Tuesday last week.

His body left Lee Funeral Home at 8.27 a.m. under heavy military security. The convoy with the casket bearing his remains headed to State House thereafter.

The convoy then left State House for Nyayo stadium at around 9.20 a.m. where Kenyans awaited the arrival of the body ahead of the service.

From as early as 5 a.m., people had started lining up to enter the stadium.

School buses from various parts of the country, which have been used to ferry mourners to the venue, were parked on various sides of town as people were asked to alight and line up from the access road that branches from Bunyala Road into the stadium.