by watchdog
in National, News
16 1 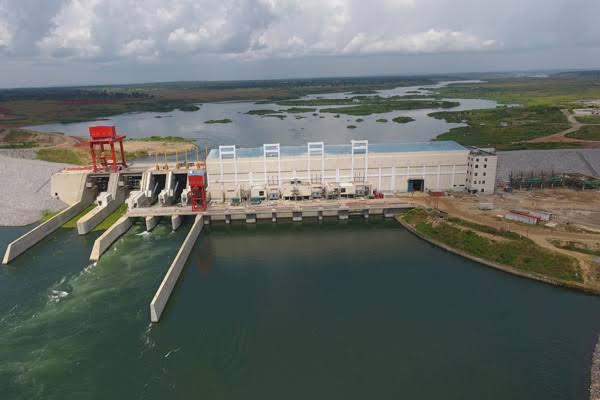 Members of Parliament have questioned President Yoweri Museveni’s role in directly sourcing Chinese firm contractors for the construction of Karuma, Isimba and Ayago hydropower dams in 2013.

MPs on the Physical Infrastructure committee on Wednesday met the minister of State for Energy Simon D’Ujanga over the Isimba dam bridge saga. Speaker of parliament, Rebecca Kadaga, last year alleged that over Shs 24 billion meant for the construction of Isimba dam bridge had been mismanaged. Kadaga said she had provided evidence to the president of ‘those who ‘ate’ the money but he was yet to act.

The 183MW Isimba dam was commissioned on March 21, 2019, by Museveni but the dam had no bridge that was meant to run from Kayunga to Kuvu island and another from Kuvu to Kamuli side.

According to the Electricity Regulatory Authority, (ERA) construction of the Isimba plant cost $566 million (about Shs trillion) with China through the Exim Bank provided 85 per cent of the project costs in form of a concessional loan, while Uganda financed 15 per cent of the costs.

The MPs were availed with a letter dated July 2013 in which Museveni wrote to the then minister of Energy and Mineral Development, minister of Finance and the attorney general over the construction of three dams; Isimba, Karuma and Ayago saying that he has noticed major delays in the procurement of the contractors which was not acceptable.

Museveni notes in the letter that “our friends from China are ready to help us build these hydropower plants.”

He said in the letter that in a meeting they held at State House with the Chinese Ambassador, it was agreed that the 600MW Karuma dam be constructed by Sinohydro Corporation Limited, Isimba by China International Water and Electric Cooperation, while Ayago would be constructed by China Gezhouba Group Company. He directed the ministers to conclude the negotiations and documentation with the Chinese government so as to finance the project.

Indeed in the policy direction, General Notice No.572 of 2014 published on September 12, 2014, in The Uganda Gazette, the official government publication, the minister of Energy and Mineral Development confirmed the award of the construction contracts to the three Chinese firms.

“This is where we want as a committee to give clear direction to this country. This kind of deliberate lack of respect for government institutions, for public institutions, could be the root cause of some of these problems raised during project implementation. I am aware of the powers entrusted in the president, but also I feel as a committee we need to give a recommendation. Or if the committee finds it in your wisdom Mr chair to meet the president and ask him to follow the proper channels.” said Kamusiime.

James Waluswaka the Bunyole West MP says the president made the decisions because of the delay in the procurement process. He says that they want to meet him over the matter.

Elijah Okupa the Kasilo County MP says even when a president gives the directive you have to follow the law and therefore the PPDA team should come and answer to the committee about what went wrong.

Robert Kafeero Ssekitoleko, the committee chairperson ruled to send away the delegation for appearing without the new minister of Energy, Mary Kitutu and the former minister Irene Muloni to answer the questions.

OFWONO OPONDO: Without Museveni and Minister Aceng, coronavirus could have brought Uganda on its knees by now

Salon Magazine: How you can draw a perfect eyebrow tattoo and save money

Salon Magazine: How you can draw a perfect eyebrow tattoo and save money

Why Focus Matters to Your Leadership: Understanding Huawei’s Business Strategy