by watchdog
in National, News
9 0 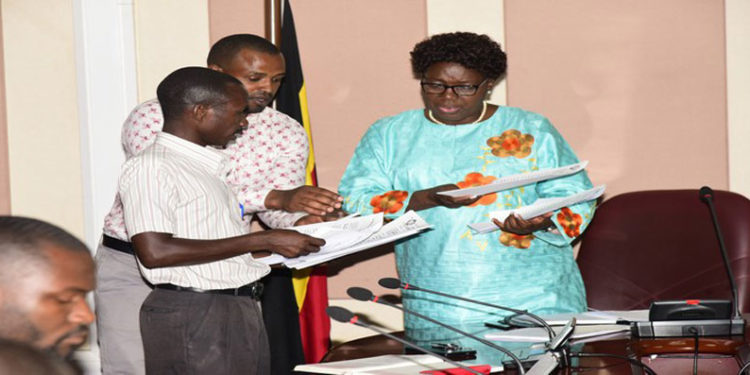 Over 5,000 people have petitioned Parliament seeking a refund of money invested in Dunamiscoins Resource Ltd, a private firm that accepted deposits before suddenly closing shop in December.

Dunamiscoins Resource Ltd was a privately owned company, which claimed it was committed to providing complementary roles to banks, bridging gaps for the informal sector by providing income for the poor.

The Company’s bank account was frozen late last year and the petitioners say that they are not sure of their having invested upto Shs23 billion.

Presenting their petition to the Speaker, the group leader, Arthur Asiimwe, said that the company was working like a micro finance company yet it was registered as a non deposit financial institution.

“Government licensed this company and gave it a go ahead to work as a non-deposit taking financial institution; it carried out its duties as a micro finance company. They gave unrealistic bonuses,” said Asiimwe adding that the firm gave interest rates of between 30 and 40 percent for Shs1 to Shs2 million.

Asiimwe said that only two of three directors, Samson Lwanga and Mary Nabunya have been arrested, while Susan Awoni, the Managing Director remained at large.

“We are not satisfied with what the Police report that they have failed to arrest the third director. We request that the Financial Intelligence Authority follows this up and trace where the money is and we are refunded,” Asiimwe said.

Speaker Rebecca Kadaga promised to engage the responsible government ministries and try to find a solution to the problem.

“Since you petitioned the President already, I will talk to him and invite the Minister of Finance, Uganda Micro Finance Regulatory Authority next week so we can forge a way forward,” he said.

How to check your 2019 PLE results on phone