Social media is a big threat to schools during examination periods: says Uneb 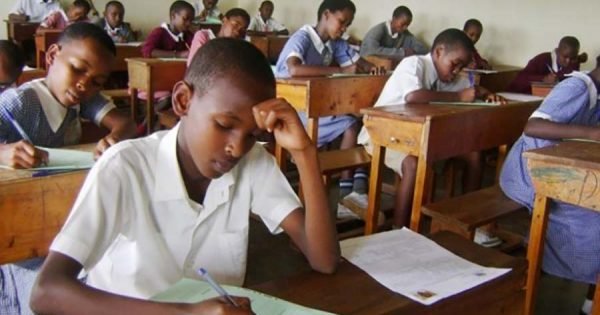 Shouts of joy as Kampala Parents pupils #PassPLE with 4,5,6 aggregates

The Executive Secretary of the Uganda National Examination Board (Uneb) Dan Odongo has said that Social Media has become the biggest threat to the integrity of national exams.

Odongo, who appearing before the Parliamentary Education committee on Tuesday to give a brief about candidates’ performance of last year said that social media users fake papers and share them with both students and schools via their various platforms.

He added fake papers deviate candidates from revising their notes and focus on fakes and at the end of the day when they reach exams rooms they start screaming that invigilators have given them a wrong paper.

“Several schools fell victim of fake papers which were supplied on social media. Many students especially the Primary living Examination candidates wrote their scripts after disappointment when they found out that they had to a different paper after spending a sleepless night revising the fake paper,” he said.

According to Odongo, last year examination at all levels had the least number of malpractices commonly known, however, social media especially WhatsApp went ahead to become the biggest threat since a large number of students were subjected to fake papers by their schools.

Examination malpractices are still the biggest challenge to Uneb where parents have asked Odongo to clean his house since papers are linked by his staff to schools which pay for them.

To curb the vice of malpractice, Odongo together with other senior officials from Uneb asked lawmakers to pass the Uneb Bill that will punish heavily whoever intercepted practising examination multi-practice.

His suggestion was welcomed by the committee chairperson Jacob Opolot and asked them to go and write down their proposal for the committee to push up to the floor of Parliament since it will be aiming at protecting examination.

Meanwhile, Odongo also noted that PLE result of 695804 candidates will be released on Friday, January 17. Currently, the minister of Education and Sports Janet Kataha Museveni is being briefed on how candidates performed.

Could Cristiano Ronaldo really be about to leave Real Madrid?