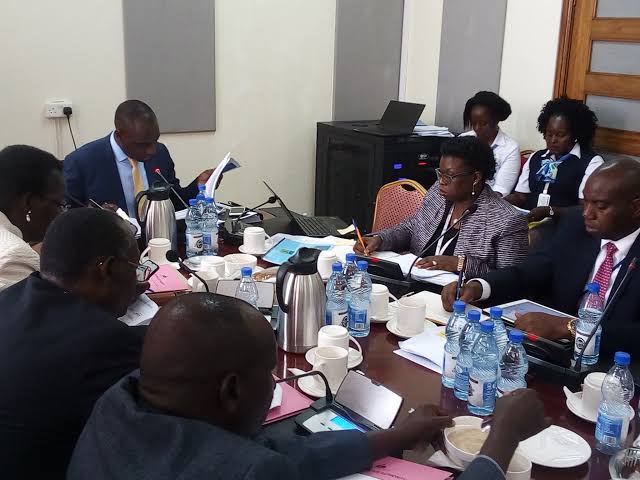 Plans to have Over-The-Top tax (OTT) charged directly on internet other than mobile money have come under attack from a section of Ugandans that already feel aggrieved by it’s existence.

On Tuesday, the Commissioner-General of the Uganda Revenue Authority (URA) Doris Akol legislators on Parliament’s Finance Committee that charging OTT on mobile money has made it possible for many people to dodge the controversial tax..

She was explaining why URA failed to meet the target of financial year 2019/2020, revealing that they had a shortfall of about Shs235b- or 83 percent, in collecting Shs49.5b instead of Shs284bn.

Earlier in 2018, the government proposed OTT as a way of increasing the country’s revenue. The OTT is also known as the social media tax for online services such as Twitter, Facebook, Whatsapp and Instagram.

In July 2018 the tax became active although it met stiff resistance from some politicians and citizens.

According to Akol, Ugandans have continued to avoid paying it, since only 17.4 per cent of internet subscribers can pay for OTT.

“The story for OTT is very very different.  We think it was affected by the use of Wi-fi in internet covered areas and as well as the continued use of VPNs to avoid paying the tax,” said Akol.

“I propose a policy shift for the government to tax the internet directly instead of charging over the top tax also on mobile money but also some non-tax charges on some government services like verifying land titles, renewing passports, driving permits among others should be abolished in order address the tax morale issue in Uganda,” Akol added.

However, her utterances  as she struggles to fulfil the promises she made before the President have left the public furious, with most venting on social media.

For example, Mwene Mugiri said “I thought sleeping dogs would never wake up. This is what people requested when OTT was first introduced and URA would not listen so we had to run to VPN.”

Alex Kasambage; “But why even force Ugandans to pay a tax that can be seen in broad daylight that’s theft, the PAYEE alone is to my opinion enough for me to have paid a tax to govt, then these additional taxes. I cry with sadness, now my little data, why limit people who seek wisdom.”

Kenyi D Rigan: Akol’s proposal is poor since OTT was levied on social media, not all other internet sites such as news sites, cultural, educational and discoveries.

Omara Fredrick: Instead of putting in place death sentence penalty on anybody convicted of abnormal money scandal “These people don’t want us to have any space in Our country. Who will save Ugandans.

Nsubuga Daniel: “Naye mutwagazaaki???? So you mean whoever loads data wants to go on social media?? Why don’t you forget about that tax?? Remember it’s intention was not to raise money but to curtail political views, what have you done with the little money you have got from it??”

Frank Balibundi: “People are struggling to survive in such a corrupt country where public funds for projects have all been routinely stolen by bureaucrats; why to blame them for evading taxes! Whatever money collected will be stolen by government officials anyway!?

Sserwadde Eddie: Government  will use all means possible to get money from Ugandans but tell them that all facilities are bad and they will ignore.

While reacting to her proposal, committee Members asked Akol to give references to why she would wish to amend the law which was proposed by the Minister of Finance.

To sort the matter out they asked her to report back before the committee on Tuesday at 10:00am with the Minister of Finance and other senior officials in both URA and Ministry of Finance.

Open letter to the young generation of Uganda