by Mubiru Ivan
in National, News
22 1 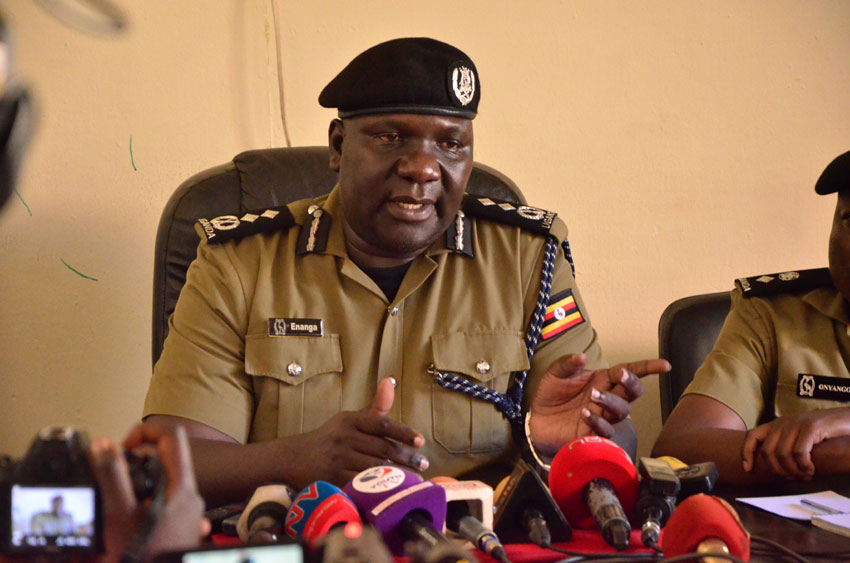 The territorial Police in Kamengo has raided a shrine at Masazi village, kamengo sub-county, in Mpigi District and arrested Magambo Musa alias Mulangira Musoga over allegations that he sexually assaulted two female siblings and impregnated them.

According to Uganda Police Spokesperson Fred Enanga, the incident occurred during the month of August, 2019, when the two victims visited his shrine for traditional cleansing and healing.

“The suspect lured them at night on several occasions and repeatedly had unlawful carnal knowledge with them, claiming he was inserting traditional medicine into their bodies. He convinced them, that the act was a form of treatment. The victims, who are 16 and 18 years respectively, are both pregnant for the suspect,” said Enanga in a statement on Monday.

“We condemn such acts of would-be-helpers, who betray the trust, given to them by vulnerable victims but instead end up abusing them. We have dispatched our counsellors from the Child and Family division, to try and take the victims through some form of counselling about their condition.”

The Police mouthpiece further revealed that their investigators are trying to reconstruct and document the scenes of crime, trace for incriminating evidence and send the file to the DPP.

“We will do everything within our means to ensure justice prevails in this case,” he said.

Now we can call him doctor! Singer Rema’s husband Hamza finally gets degree

UPDF: We have not arrested Gen Kasirye Ggwanga, we just admitted him to our hospital

Why an 8 percent Central Bank Rate is a wise move by the Bank of Uganda.

It is now without a doubt that Uganda’s economy is feeling the pinch of the COVID-19 pandemic.  The further reduction...

The Parliament Appointments Committee chaired by the Speaker Rebecca Kadaga on Monday rejected the reappointment of the Commissioner General of...

Museveni: Time up for all corrupt officials