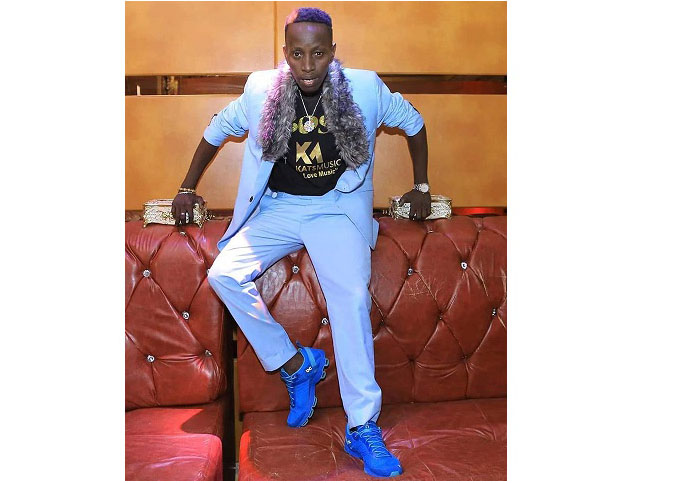 NBS After5 show co-host Edwin Katamba aka MC Kats has bowed to pressure and accepted to be checked into Butabika mental hospital.

What started off as a rumor was later confirmed after Kats took it out on social media to disclose that he has a mental problem and sometimes feels like his head is going to burst.

Kats said that during his recent visit to London, he went to a hospital and was given some brain medicine but it’s currently not working well on him, for his head is ‘boiling’ with lot of ideas and billions of shillings thoughts.

Given his current health state, the ‘King of Mic’ over the weekend checked into Butabika mental hospital to see if he can get help, and to confirm this, he shared a video standing next to the ambulance that allegedly took him to the rehabilitation center.

And on reaching Butabika, Kats shared another video to set conditions, he claimed that he isn’t a mad person and will not be forced to do anything he doesn’t like.

“I have reached and will be here for three days, but if I get tired, I will leave immediately. I will not be forced to do what I don’t want because I am not stupid, I am not mad but I will be a mad man if they force me to do anything,” Kats said.

Kats recently said that sometime he feels like his head is going to burst and advised he friends to not bother some days.

“My head is hurting, I sometimes feel like it’s going to burst. You know I got some medicine when I was still in London but my head is still weak. I don’t know what God what’s with me but my head is so messed up. If you are my friend, fan or anyone else. When you find me somewhere and I tell you to leave me alone, please just do so because I also don’t know what’s happening to me,” Kats said recently.

We hope that Butabika finds a solution for him.