by Stephen Kalema
in News, Politics
39 3 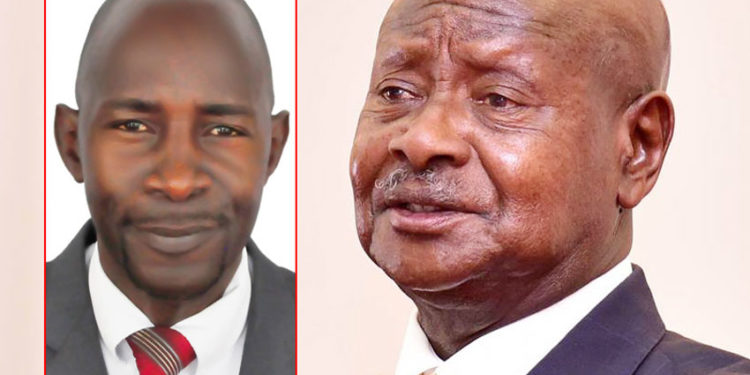 Paulson Luttamaguzi Semakula the Member of Parliament for Nakaseke South has fired back to President Yoweri Museveni for calling him a useless leader and asked him to blame the dull lawmakers from his party.

Luttamaguzi said that his performance is better than National Resistance Movement (NRM) MPs that come from that same area and have been in power for many years but cannot show any development in Luweero district.

While addressing people in the recently concluded Afrika Kwetu trek, President Museveni attacked Luttamaguzi asking his constituents why they elected him yet he is a lousy, very passive and useless leader who opposes his governance.

“Nakaseke South made a mistake and sent in a young man called Luttamaguzi. You sent this useless young man to Parliament. Luttamaguzi, that young man is useless, so that is your own mistake,” said Museveni.

He added that slow development in areas like Nakaseke are frustrated by the opposition Member of Parliament such as Luttamaguzi.

Museveni urged locals to always elect and work with leaders that can work with the government for easy service.

However, while speaking with this website on Saturday, the legislator asked Museveni to focus on his MPs because they have not worked or helped their constituents to develop.

“Museveni would have thanked me instead because when he called me a useless leader everyone laughed at him. Since all the roads he used while walking in Nakaseke such as kikyusa, Kadunda where he passed I’m the one who cleared them not his MPs.

“I have just been in Parliament for three years but for him has ruled for 35 years, in Luweero we have ministers, MPs all NRM leaning what have they done or what did they do? he would have asked those what they have done for over the years they have spent in Parliament and in his cabinet,” he said.

Luttamaguzi said Museveni should have been appreciative for what he has done in three years. “I gave out a bus, two lorries, Ssemutto hospital where Museveni and his fighter got the medication I’m the one taking care of  Kapeeka hospital, yet that is not my work but because of your dull system, that is why I’m the one doing them.”

He added that if Nakaseke is not developing, he is not the only politician from there but the area also has ministers whom he should blame as to why they have not delivered service to people who helped him during the gorilla war.

On the other hand, Luttamaguzi also cautioned police and other security agencies on becoming partisan.

“I saw my brother Gen Katumba Wamala speaking aimlessly as if he has forgotten Uganda’s history, he should ask Gen Sejusa or Amama Mbabazi but I want to tell him that being General is not a big thing more than a country,” he said.