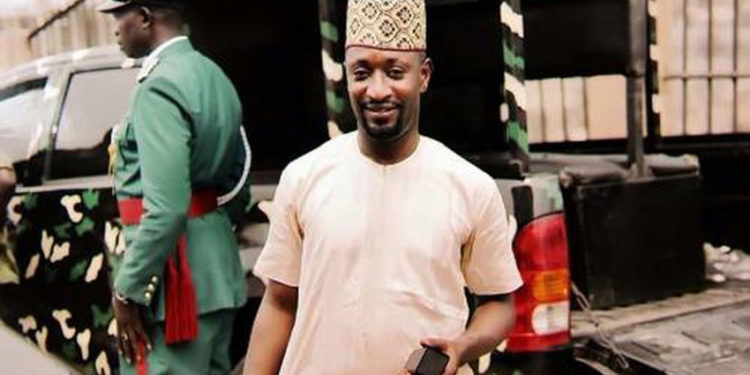 A man identified as Anthony Okolie was unlawfully detained by the Department of State Services (DSS) for 10 weeks for using an MTN SIM card which was previously used and abandoned by President Muhammadu Buhari’s daughter, Hanan, according to Sahara Reporters publisher Omoyele Sowore.

“A Nigerian man, Anthony Okolie, was detained for 10 weeks for using an MTN phone line previously used and abandoned by President Buhari’s daughter, Hanan,” Sowore shared in a tweet.

Recounting his meeting with Okolie while they were in DSS custody, Olawale Bakare, who was arrested alongside Sowore, stated that Okolie was released after 10 weeks in the state security custody.

Olawale, in a Twitter post, said, “Only if Nigerians know the level of lawlessness perpetuated by the DSS in the name of ‘order from above’, we will understand the danger of having a tyrant who has no iota of respect for human rights or dignity.

“The level of arrogance and confidence of the DSS to unlawfully detain innocent Nigerians is disgustingly obvious in their manner of operation and approach.

“Anthony Okolie who happened to be my cellmate at the DSS facility even got lucky to have spent only 10 weeks for committing no offence according to a Senior Intelligence Officer.

“Till now, no one, including Anthony, knows his offence.”