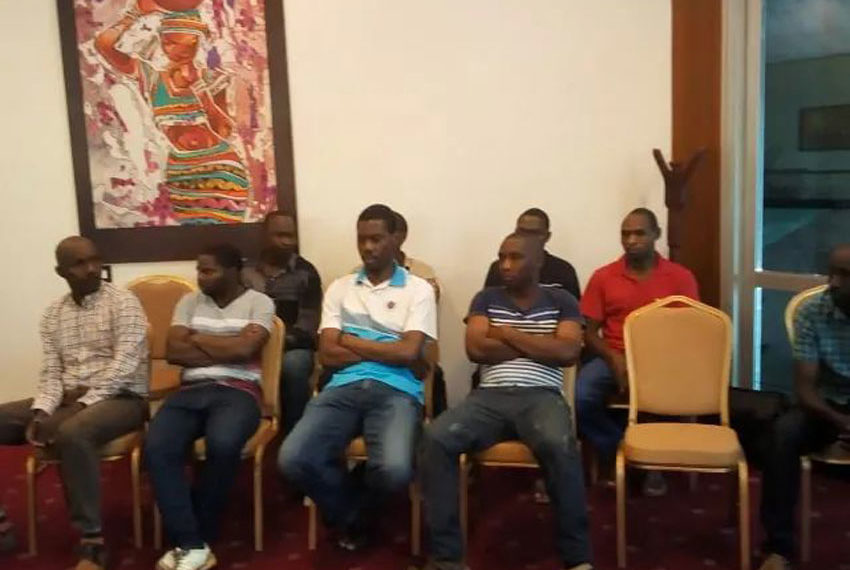 The government of Uganda has handed over seven freed Rwandan nationals.

They were handed to the Rwandan government by Foreign Affairs Minister Sam Kutesa at the Ministry headquarters on Wednesday.

The Army General Court Martial on Tuesday released the Rwandan nationals after the State prosecution dropped criminal charges against them.

The release of the Rwandans came six days after President Museveni pledged a new beginning and vowed to restore relations between Rwanda and Uganda.

The Rwandan nationals were arrested in Kampala and Mbarara between 2017 and 2018.

“In reference to the criminal cases against the accused persons, this court hereby sets you free unless you are held on other lawful charges,” the court chairperson, Lt Gen Andrew Gutti, ruled.

The court ordered the release following submissions by military prosecutors Lt Col Raphael Mugisha and Capt Ambrose Baguma, who tendered in a letter of withdrawal.

“The accused persons were found in possession of military firearms without valid firearm certificates. However, we have instructions to discontinue proceedings in these matters,” Capt Baguma told court.

Eron Kiiza, the lawyer for the suspects, in an interview said the release followed heightened diplomatic efforts between presidents of Uganda and Rwanda to resolve the bilateral tensions between the two neighbouring countries that share close historical, cultural and social ties.

“We are delighted that justice, after delaying for so long and the case of Rene Rutagungira since August 2017, has been done,” Kiiza said.