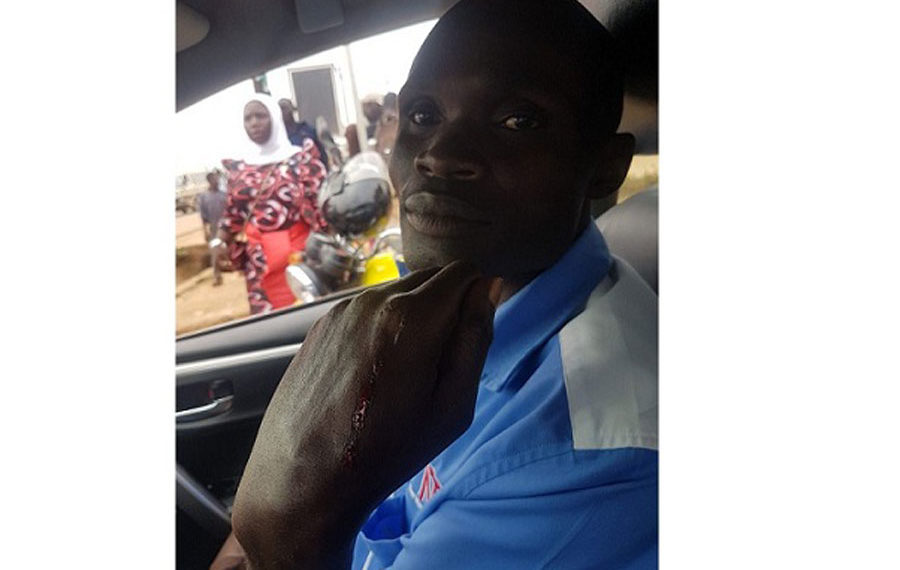 NTV's Moses Egessa was hit by a teargas canister

The Human Rights Network for Journalists –Uganda (HRNJ-U) has condemned the manner in which police and other security officials have arrested journalists covering opposition politician Robert Kyagulanyi.

Kyagulanyi, popularly known as Bobi Wine was on Monday arrested, together with other members of People Power while attempting to hold his first consultative meeting at Our Lady Of Good Counsel Gayaza.

He was then whisked away to Kasangati Police Station amidst running battles with People Power supporters. They were later transferred to Nagalama Police Post.

Several journalists were also not spared for covering the act.

According to Robert Sempala, the Executive Director, HRNJ-U, Security forces should let’s journalists do their work.

“Our Ugandan Journalists under fire for covering People Power’ leader and MP Robert Kyagulanyi. Many arrested, others teargassed by police at Kasangati,” he posted on Monday.

Some of the victims include NTV driver Egesa Moses who sustained an injury from a teargas canister hurled at the company car, Ssematimba Bwegire and Tamale Williams of BBS TV.

“The situation for journalists working environment is still a big challenge at the hands of the security forces. We should stand firm to push for press freedom. Security forces should let’s journalists do their work. Please don’t take partisan political sides,” he added.

In October last year, several journalists were attacked and beaten for covering a two-week long strike at Makerere University.

Among those brutalized were  journalists from NBS Television, the Nation Media Group – Uganda, the Uganda Radio Network, whereas security agencies had earlier been reported to have restricted access and intimidated journalists from BBC, Bukedde TV and BBS.