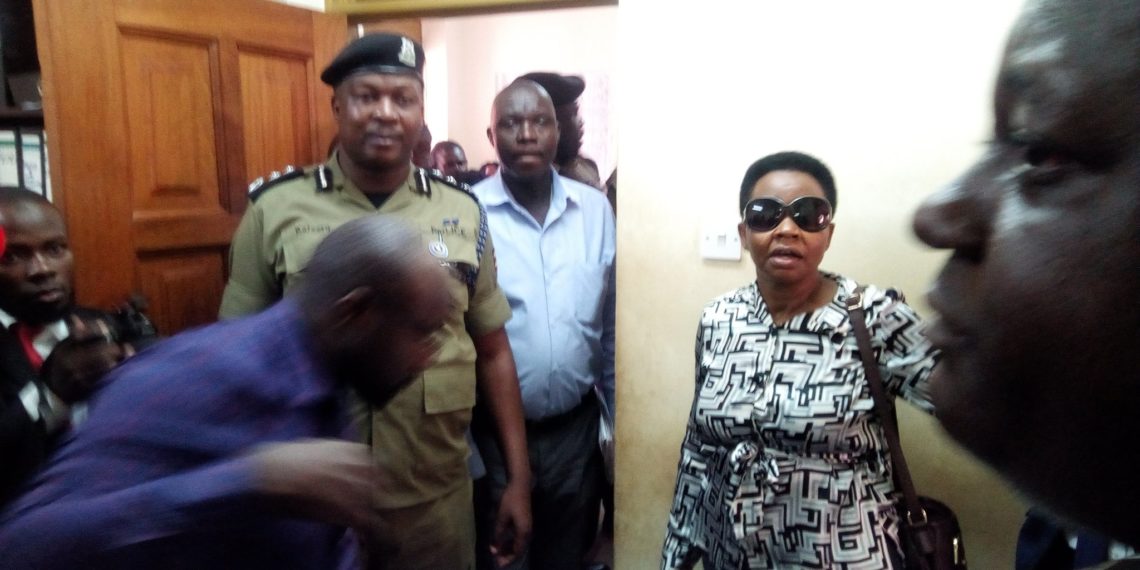 State Minister for Lands Persis Namuganza has ordered for the closure of Wakiso District Land Offices to allow for system upgrade.

In the statement dated 3rd January, 2020 Namuganza said that after upgrading fully the system, offices will resume operations on January 21, 2020.

“The temporary closure shall enable the carrying out of crucial system up-grades of the Land Information System (LIS) which cannot be done while the offices are open to the public. For that matter, there shall not be any transactions as well as the generation of deed plans as cartographic and survey operations will be stopped during the period of closure,” said Namuganza.

She added that during the temporary closure, the ministry will carry out LIS training sessions for all Wakiso Ministry zonal Office (MZO) staff on how to use the new software and continue with the on-job training of staff until January 20, 2020.

According to the minister, a total number of 394,000 land titles will be affected. About 202,000 are under Busiro while 192,000 under Kyadondo. The titles are Mailo, freehold and leasehold. The level of transactions in Busiro and Kyadondo counties has been very high and the ministry has promised that it’s mindful of the need to resume in the shortest time.

Since the March in 2013, the Ministry of Lands has been implementing and updating different versions of software for all 20 MZOs registries apart from Wakiso.

The closure of Wakiso Land office has come at a time when corruption scandals ares still rife. In 2018, the State House Anti-Corruption Unit headed by Lt Col Edith Nakalema with the help of the elite presidential guards, regular army and police officers raided the office following lots of complaints of corruption from members of the public against the land officials. The Unit team confiscated all their electronic gadgets.

For example, the most trending complaint is about the same piece of land with multiple land titles.

MICHAEL WOIRA: Agency duplication is one reason NAGRC is letting government down

Singer Ykee Benda never lies when it comes to love. Just a day after publicly parading his new lover Sheila...

Self styled prophet Elvis Mbonye of Zoe Ministries has sent out what seems like a veiled prophetic warning against President...

The Ministry of Public Service has released the new salary structure for government workers showing those who will get juicy...

The Alliance for National Transformation (ANT) national coordinator Gen Mugisha Muntu has said that the only thing which can bring...