Members of the Ugandan Parliamentary team have been practicing for the EAC games due Monday, November 18

Uganda, the organisers of this year’s East African Community Parliamentary games are still puzzled after discovering that the two Parliaments of Rwanda and South Sudan have not sent delegates to the annual showpiece.

Every year, one of the six East African countries  – Rwanda, Uganda, Kenya, Tanzania, Burundi and South Sudan – organise the games as one way of promoting unity among member states. However, this tradition is being killed by the absence of Rwanda and South Sudan.

Last year, Rwanda and South Sudan shunned the games in Bujumbura without giving explanation nor an apology.

While addressing journalists at Parliament, the Chairman Inter-Parliamentary Games Gideon Gatpan Thoar said that the organisers have completed their final touches despite the missing members.

He said that all the present teams are ready to kick-off.

He however, said that whereabouts of the missing teams is not known yet the games are intended to create collaboration between East African Parliaments and citizens of EAC about the importance of East African Community, adding that his team is waiting for the final communication from the Clerk, East African Legislative Assembly on whether the two nations will send delegates.

“We have the procedure of engagement and our channel of communication. We were expecting everybody to be here but we didn’t receive Rwanda and South Sudan. We don’t have evidence why they missed. The two countries haven’t shown up. EAC should celebrate being together,” said Gatpan adding that such boycotts have always left organisers with the need to re-organize the games.

“When teams miss the organisers need to adjust and find the missing unit. It affects the program. So we need to determine the position of Rwanda availability to play and how many disciplines they are willing to play,” he added.

Rwanda’s missing in the AEC games follow her pulling off from the second meeting between Uganda and Rwanda to address the border closure issue.

According to the Uganda government spokesperson Ofwono Opondo, the meeting was called off at the request of Kigali. Ofwono said via his Twitter handle that “the media is hereby informed that the second meeting of the Adhoc Commission on Luanda MoU between Uganda and Rwanda scheduled for November 18, 2019, in Kampala has been postponed at the request of Rwanda.”

Also the the killing of two Ugandans in Rwanda at Tabagwe village in Nyagatare District Job Ebyarishaga and Bosco Tuhirwe who were accused by the Rwandan Government for smuggling tobacco into their nation further escalated tensions between the two neighbouring countries.

The games are due Saturday, December 7 to Wednesday, December 18 at Lugogo Indoor Stadium, Phillip Omondi, and Mandela National Stadium.

Salon Magazine: People behind Namakula’s glamour looks at her Introduction 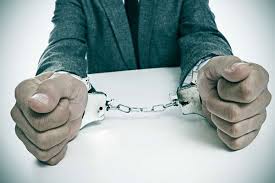 7 ways to help your man last longer in bed