OP-ED: Let’s talk about gender and commodification of the female body in Uganda

by watchdog
in News, Op-Ed
7 1
Share on FacebookShare on TwitterShare on Email

You will agree with me when I say there is an increase in the number of cases related to commodification of the female bodies.

In this highly sexualized economy, women and their male counterparts have actively commodified the female bodies directly or indirectly. The recently launched “Miss Curvy” contest exposed the silent act and set a tone for Ugandans to strongly come to expose and reproach this act with the contempt that it deserves.

Unlike the old generation, this digital era has openly taken on this act that is completely gender insensitive. I say this with all bitterness, “Women’s bodies are not goods or commodities so regardless of what the sole purpose for their commodification are, it is uncalled for.”

The use of advertisements framed in the language of the business minded people as a marketing communication has greatly promoted commodification of the female body.

I understand I have all your attention now and you are wondering how.

Well, women are being used as sex symbols to convince the public to buy the products.

They are being used as the persuasive selling message – young girls dressed in alarmingly skimpy clothes in bars and malls – to attract customers.

Reminds me of a time a friend invited me over to the bar saying, “come with your other friends and make sure they are girls. It keeps men around the bar and they buy drinks…”

Guess what? That friendship didn’t last beyond that day.

That is the most offensive thing I have been told all my life.

How different is that from putting us in the zoo for tourists to see and pay?

Personally, I would take this for modern slavery; using human beings for monetary benefits. The society today is greatly alienated because everyone’s stand as per this issue is different.

It is prudent to consider the code of dressing that shows the ‘curves’ it is usually those skimpy, terrible and ugly things.

Ah! Western invasion of Africa! With their acts, mannerisms and dress codes; whites once put Africans in a cage for themselves to see and ohhh guess what, we are headed there. Let’s look back at our cultural dress codes; the gomesi for the Baganda and the mushanana among the Banyankole.

These were mainly avoiding intimidation of others because human nature is subject to admiration. Commodification of women’s bodies is bringing along other vices such as eradication of the African culture, immorality and diseases through efforts to gain artificial curves. Very unfortunate!

Poverty is gender based and the women are economically disempowered hence resorting to prostitution which is an act of commodification of the female body.

Have you passed Speke Road at night? Typical explanation of the phrase “abalela bebasse ffe ba ninja tukola ssente.” Women need to stop objectifying their bodies; it’s making our struggle for gender equality fruitless. Dear women let’s up front our self-worth, morality and dignity and not settle for less.

The movie makers and the television channels with soaps usually tend to objectify the female body so as to earn more views and likes and in turn earn monetary profits. There is evident dysfunctional portrayal of women in the domestic spheres as villains and meek wives. They also portray the never ending fights between women in laws and step wives, sex abuses and physical trauma on film.

Partners tend to recreate these on screen actions and end up promoting gender inequality. We can’t ignore the fact that they are earning from portraying women in which ever manner they wish to. Even the media that has objectified women to the number of likes they have on social media. It has reduced women to things for others to deal with by giving the power for others to validate them through these so called selfies. This is the price they are paying for attention; one hundred likes for and views and they are earning.

Pornography and the sex industry today commodify the women’s body, the greatest percentage of the pornography actors are women. According to the anti-pornography organization statistics, 94.4 per cent of the aggressive acts in the pornography scenes are targeted at women.

This article first appeared on the womenstudies.mak.ac.ug

Belinda Nansasi: From a target of sexual harassment to Queen of Curves 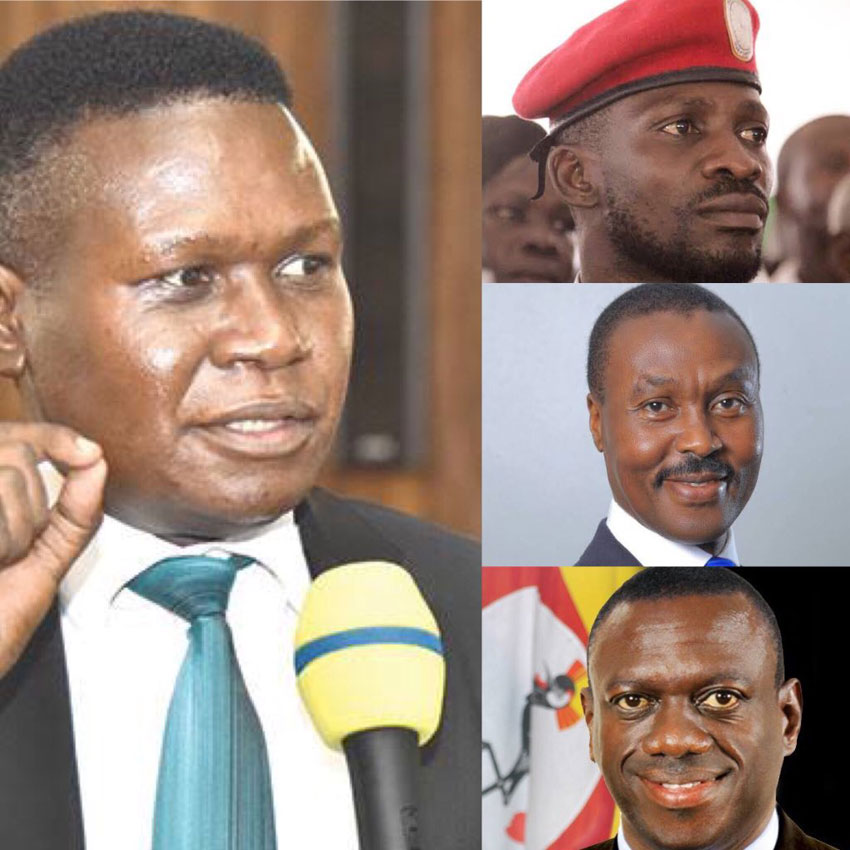 When you’re in the trenches you need to know who your enemies are.The two words, ‘Real opposition’ that have been...