by Ruziga Wa Kanamugire
in Business, News, World News
4 0
Share on FacebookShare on TwitterShare on Email

From July to December 2018, RRA collected Rwf654.4 billion in tax revenue while the target was Rwf666 billion. Compared to Rwf582.9 million collected in the first semester of the financial year 2017/18, there is additional revenue of Rwf71.5 billion translating a growth of 12.3 per cent. Non-tax revenue collected amounted to Rwf 11.6 billion compared to the target of Rwf8.9 billion, a 130.2 per cent performance.

The performance in tax revenue collection was attributed to lower inflation, increased agricultural production, improved voluntary compliance of taxpayers and administrative measures taken such as audits among other reasons.

Local Government (LG) taxes and fees collection totaled Rwf22.7 billion, with a shortfall of Rwf0.4 billion to the target of Rwf23.3 billion that had been set.

“The economy was projected to grow by 7.5 per cent during the 2018/19 financial year and the data released by the National Institute of Rwanda shows a growth of growth of 7.7 per cent for the first quarter of (July to September 2018) of 2018/19 fiscal year,” said the Commissioner General of Rwanda Revenue Authority (RRA), Pascal Bizimana Ruganintwali.

RRA is aiming at collecting Rwf1.373 trillion by June this year, a target that is supported by better economic outlook, according to official data released.

The taxman is already past the half way mark towards its revenue target having collected Rwf666 billion between July and December 2018 against a projection of Rwf660.4 billion. The authority attributed the performance to reduced inflationary pressures, increased compliance and improvement in administrative measures. However, the continued slow growth of imports got in the way of even better performance.

Imports had been estimated to grow at 16.3 per cent but fell short of projections, growing at 12.4 per cent. This however is a common phenomenon across the entire East African Region. RRA says is yet to establish the impact of increased consumption of locally produced goods or reduced consumption on tax revenues.

The authority has an uphill task to finance the Rwf2.4 trillion budget for this fiscal year that has reduced dependence on aid and assistance to 16 per cent. To meet the projections, RRA says, it has had to rely on tax efficiency, increased compliance and new tax brackets as opposed to solely raising taxes.

Among other new avenues of tax receipts in regards to tax bracket expansion include capital gains tax of 5 per cent of sales or transfer of shares. This means that direct and indirect sale of shares in a Rwandan company is now considered to be taxable income. The current regime also tightened restrictions on expense deduction for the determination of taxable income.

For instance companies operating in Rwanda which have management fees, technical fees, and royalty fees are now restricted to 2 per cent of the company’s turnover. Anything above the cap is subject to taxation.

From July 2018, second hand apparel imports have also seen an increase in taxes to $4 per kilogram from $2.5 per kilogram while second-hand shoes are now taxed at $5 kilogram from $0.4 per kg. This is part of an East African community move to encourage the development of the local apparel industry.

Museveni: Science and technology is the way to go 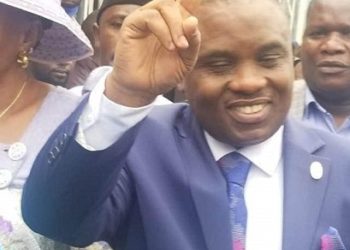