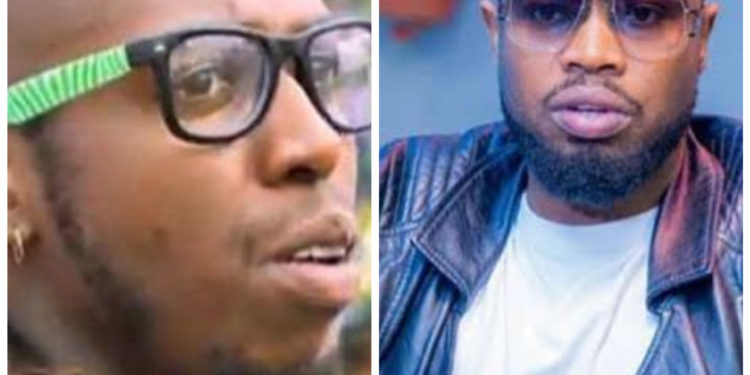 Struggling singer Rabadaba has said that Daddy Andre’s music career is about to hit a dead end if he remains signed under Black Market Records Label.

Rabadaba, real name Faisal Seguya was once signed under the same record label but things didn’t work out as expected and decided to call it quits.

During an interview with Spark TV a few days ago, the singer said that Black Market is only good at exploiting talents but can’t invest enough to keep them on top.

The singer who seemed to have only bad memories while working under Black Market said that the only thing this label cares about is their interest not the artists.

“They made me shoot two videos in 1 day just because they wanted to cut the budget, they spent only USD1000 on something I can afford myself and they used that amount for two videos, but who does that! A whole record label? You put an artist in front of the camera from 6am to 6am just because you want to cut the costs! Bogus,” Rabadaba said.

But according to Rabadaba, the label puts too much on their plates that they can’t handle that’s why artists can’t prosper while working under them.

To him, Black Market is killing Andre’s talent through giving him low budget videos.

The singer is so optimistic that soon Andre will also realise this and quit the label too.

Museveni was Uganda’s problem in 1980s and now he got what he wanted, the country is peaceful, says former Obote aide

Museveni was Uganda's problem in 1980s and now he got what he wanted, the country is peaceful, says former Obote aide