Museveni was Uganda’s problem in 1980s and now he got what he wanted, the country is peaceful, says former Obote aide 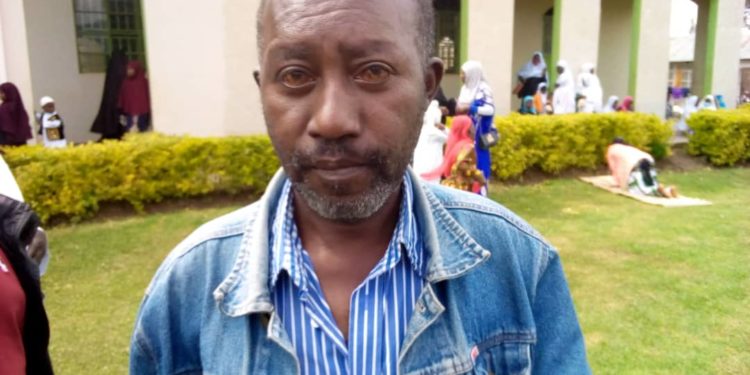 Benson Katundu,58 born from Mubwindi,. Rubanda District went into exile in 1986 shortly after the fall of Uganda People’s Congress (UPC) government in July 1985.

When Yoweri Museveni’s National Resistance Army- NRA conquered Kampala, Katundu knew his time in Uganda was over,as he thought he would rot in jail once he was arrested because previous governments by then would waste no opportunity while seeing critics before them.

“I knew museveni and his group as bandits,and believed that staying in Uganda would end me in jail,”Katundu told our reporter in Kabale town on Monday.

“I was a youth leader for UPC in Mbale Eastern Uganda,and by then the youth leaders of UPC were being hunted by the NRA rebels. Most of our colleagues involuntarily joined NRA for their safety,” he added.

He further described the ruling party NRM as a corrupt political party right from grassroot unlike UPC which was centered on nation building.

“UPC was bent on nation building, NRM is selling whatever UPC put in place. NRM is corrupt from grassroot to the top,”Katundu said.

He says Uganda is peaceful because the only problem by then was Museveni and now he got what he wanted, the country is okay.

“Uganda is peaceful because the only problem we had was museveni,and he is in power today. He’s the one who was planting bombs, causing problems everywhere during UPC Party times,” Katundu said.

“We had traitors like Paul Muwanga who connived with Olara Otunu along with Tito Okello to overthrow the government. These traitors caused our government trouble. But their regime was outsmarted by Museveni’s NRA.”

“Museveni wasn’t powerful,because he wouldn’t have spent all those years in the Bush,but tribalism in the UPC and the army by then,caused trouble and we had to suffer due to several factions,” Katundu disclosed.

Katundu escaped to Rwanda, Kigali and was employed briefly at Mironko Plastic industries, later taught Swahili and English at Apacope college and groupe scolaile Lugunga which were by then the most prestigious schools in Kigali.

Later, he moved to Lusaka Zambia in 1995 and taught English and political education at Makeni Islamic secondary school in Lusaka where he was also involved in UPC Party activities.

He would among other exiles converge in Lusaka and update themselves about the future of UPC Party in Uganda.

He won the admiration of Dr Obote who was also exiled in Lusaka Zambia,later appointed him as his aide de camp (ADC).

During that time,he called him whenever he wanted to discuss some issues with them,even when he was in classroom teaching, Obote would call him and another teacher would takeover so as he meets the former.

In 2001,he worked as a court interpreter at Pretoria Magistrates Court. In 2005,he was promoted to senior language practitioner at the High court of South Africa, becoming the first Ugandan to hold the position in South Africa.

He returned back to Uganda in 2019, travelled to Lira to campaign for Hon Jimmy Akena,his long time political friend.

He couldn’t return back to South Africa where he’s the director of Trans Africa Linguistics Network due to covid-19 lockdown.

At the moment,he’s the English news anchor at Hope Radio 100.2 FM and recognises Jimmy Akena as the president of UPC Party.